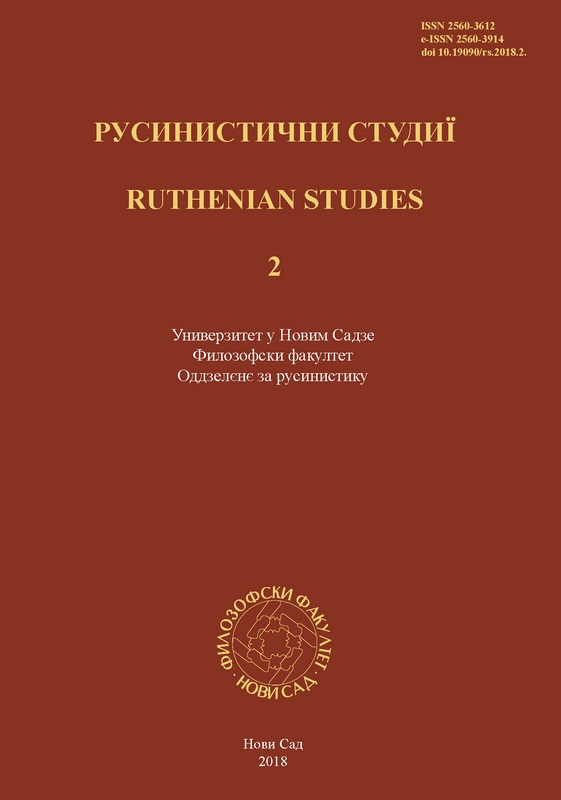 Summary/Abstract: The work analyzes the participation of Soviet (union and republican) institutions in establishing contacts between the Ukrainian Diaspora in Yugoslavia and its country of origin, Ukraine. Are disclosed the mechanisms of deterring full-fledged ties on the part of the Soviet state through specially created societies. The analysis involved documents from the central Ukrainian archives, in which letters from the Yugoslav Ukrainians were found, the reporting documentation of diplomatic institutions and others. These sources helped to recreate an objective picture of the communication between Diaspora members and Ukraine during the 1945-1980s. In general, Ukraine's contacts with the Diaspora in Yugoslavia were not characterized by high saturation, but they were important for several reasons. First, Yugoslavia is a “dissident” of the Communist bloc, and therefore communication with its citizens contributed to the formation of a sense of freedom for Ukrainian citizens, an understanding of European culture, the need for material interest in the work. Secondly, thanks to diplomatic parcels (literature, teaching materials, records, etc.), the Ukrainian Diaspora at least partially filled its need for Ukrainian classical works, textbooks for Ukrainian classes, materials for art societies, etc. Thirdly, the Ukrainian Society of Friendship and Cultural Communication organized trips to Ukraine, for part of Diaspora members. In general, the Ukraine presentation, which was organized by the Society in the SFRY, was met with great interest by all citizens of Yugoslavia. Overcoming ideological party obstacles, Ukrainian Society of Friendship and Cultural Communication did more than allowed Soviet standards, and only in rare cases, the Society activists worked according to party principles.