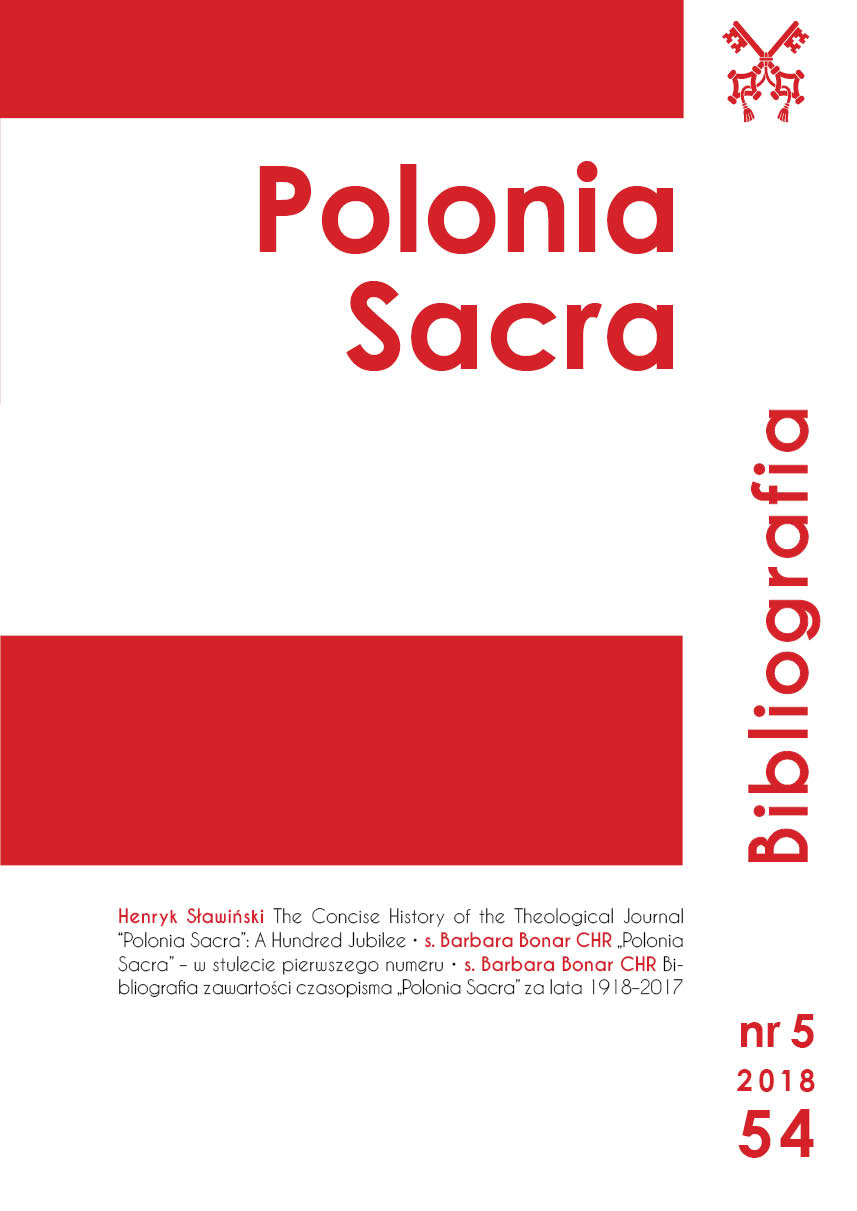 Summary/Abstract: The article presents a historical sketch of „Polonia Sacra” journal. This was done to commemorate the 100th anniversary of the first issue. The journal was created as an organ of the Pope Benedict XV Association in 1918. After the dissolution of the Association in 1925, the periodical was taken over entirely by Fr. Jan Nepomucen Fijałek and it was published under the title „Nova Polonia Sacra”. The outbreak of World War II suspended the publication of the journal. Restarted in 1948 as an organ of the Faculty of Theology of the Jagiellonian University, it received a new title – „Polonia Sacra: a theological quarterly”. After the shutdown of theological faculties at Polish universities by the communist authorities and the transfer of the Faculty of Theology from the Jagiellonian University to the Academy of Catholic Theology in Warsaw, the periodical became an organ of the Faculty of Law and it was published in 1954 – 1958 under the title „Polonia Sacra: a historical and canonical quarterly”. The journal was re-established under the original name of „Polonia Sacra” in 1997 at the Faculty of Theology of the Pontifical Academy of Theology in Kraków (since 2009 the Pontifical University of John Paul II in Kraków).