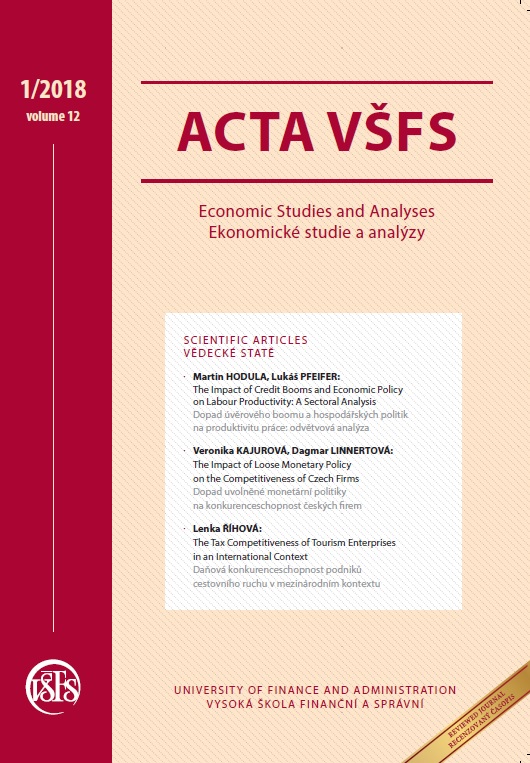 Summary/Abstract: Recent empirical evidence suggests that during economic booms, factors of production (especially labour) may shift into less productive and more pro-cyclical sectors of the economy, which can subsequently deepen and prolong economic slump. In this paper, we explore the effects of credit booms, monetary and fiscal policy expansions on labour productivity and labour reallocation in the Czech Republic. We model the effects jointly, as they are not mutually exclusive. To this purpose, we build a large dataset of hundreds of economic variables and estimate a FAVAR model of the Czech economy. We produce several findings: (i) a credit boom causes labour reallocation towards less productive sectors; (ii) the effects are amplified by a subsequent crisis period; (iii) monetary expansion supports the catch-up effect of the Czech economy but at the same time may boost credit activity and indirectly cause misallocations; and (iv) the most pro-cyclical sectors in terms of labour productivity in the Czech economy are Mining and quarrying, Construction and Manufacturing. These findings contribute to the debate illustrating the prolonged decline in the economy and can be further used as an information base for the better targeting of preventive and stabilizing economic policy measures in the future.