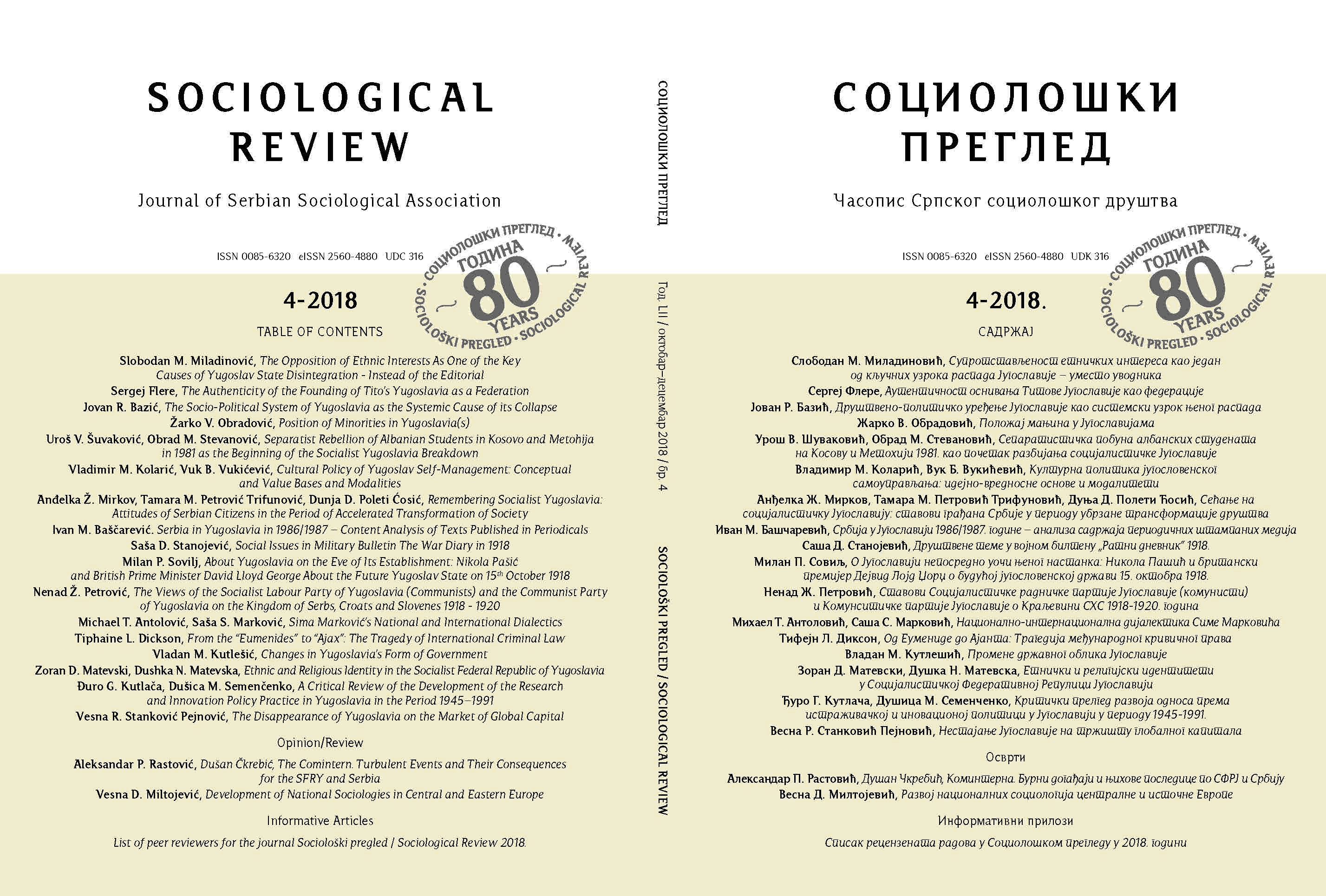 Summary/Abstract: The paper analyzes the attitudes of Serbian citizens towards the Socialist Federal Republic of Yugoslavia, expressed during the period of gradual stabilization of the capitalist order. The analysis is based on the data collected in 2012 on a representative sample of population in Serbia, within a project of the Institute for Sociological Research of the University of Belgrade – Faculty of Philosophy. Research findings showed that, in the period of accelerated transformation of society, positive opinion about socialist Yugoslavia was very pronounced among Serbian citizens. However, there are statistically significant differences in the level of agreement with pro-Yugoslav attitudes among different social groups, as respondents’ age, social class and value orientations are identified as important factors.