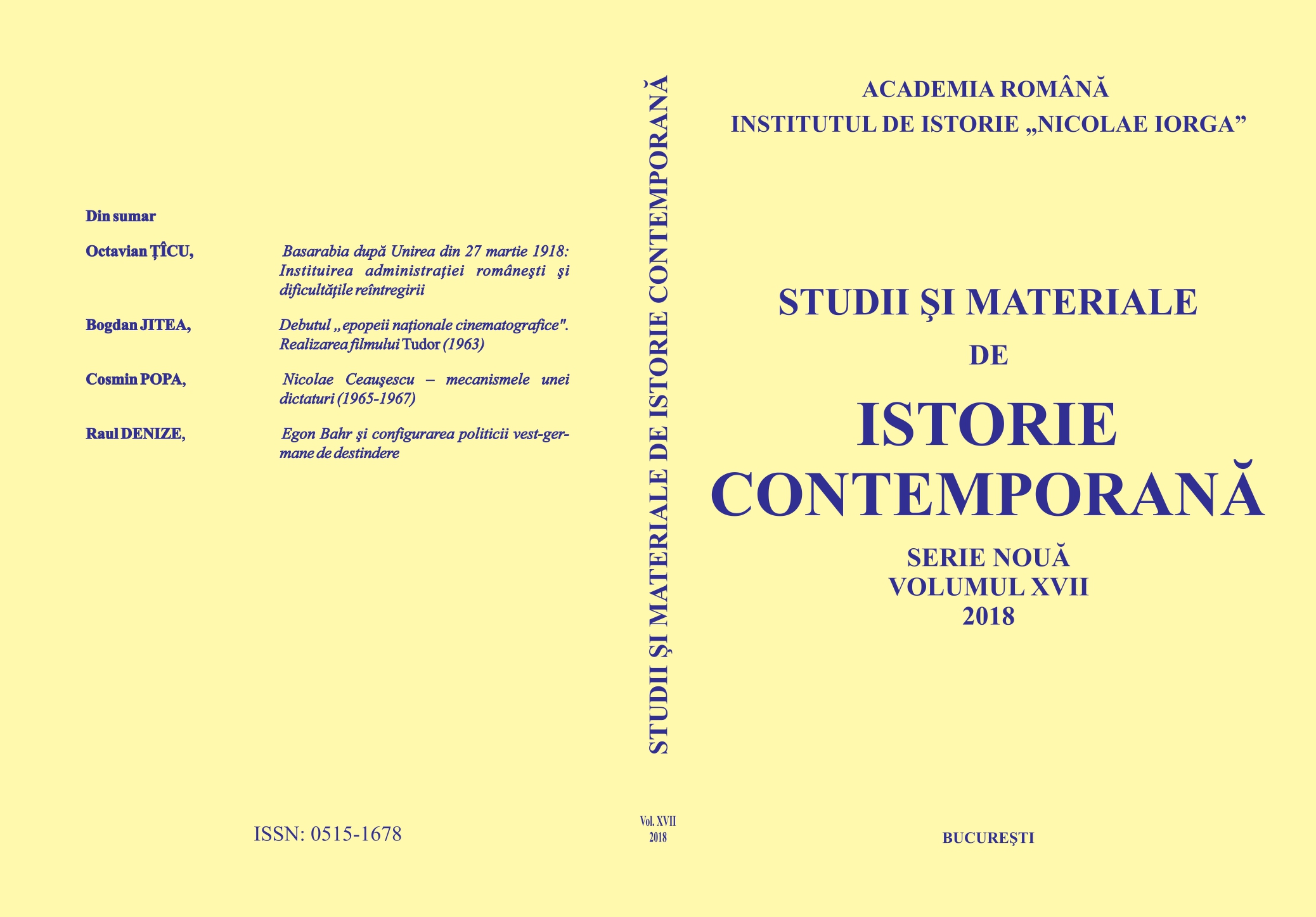 Summary/Abstract: The difficult conditions in which the Union took place, the future relations with Russia, and the need for international recognition of the reunification, left only two solutions to Romania for affirming its authority in Bessarabia. The first one, to ensure a military presence in order to maintain order and counteract the Bolshevik attempts to occupy the province; the second one, to make every effort to achieve the respect and sympathy of the Bessarabian population. While the first objective received the constant attention of the Romanian governments during the interwar period, with many complications and deformations that were abundantly researched (and often tendentious), the second was, in large part, ignored or superficially analyzed. The increased attention paid to the administration of Bessarabia, the prevention of abuses and corruption or their punishment would certainly have reduced and prevented anti-Romanian predispositions, not just towards minorities, thus facilitating the province's relationship with the Romanian state. This became obvious immediately after the Union.