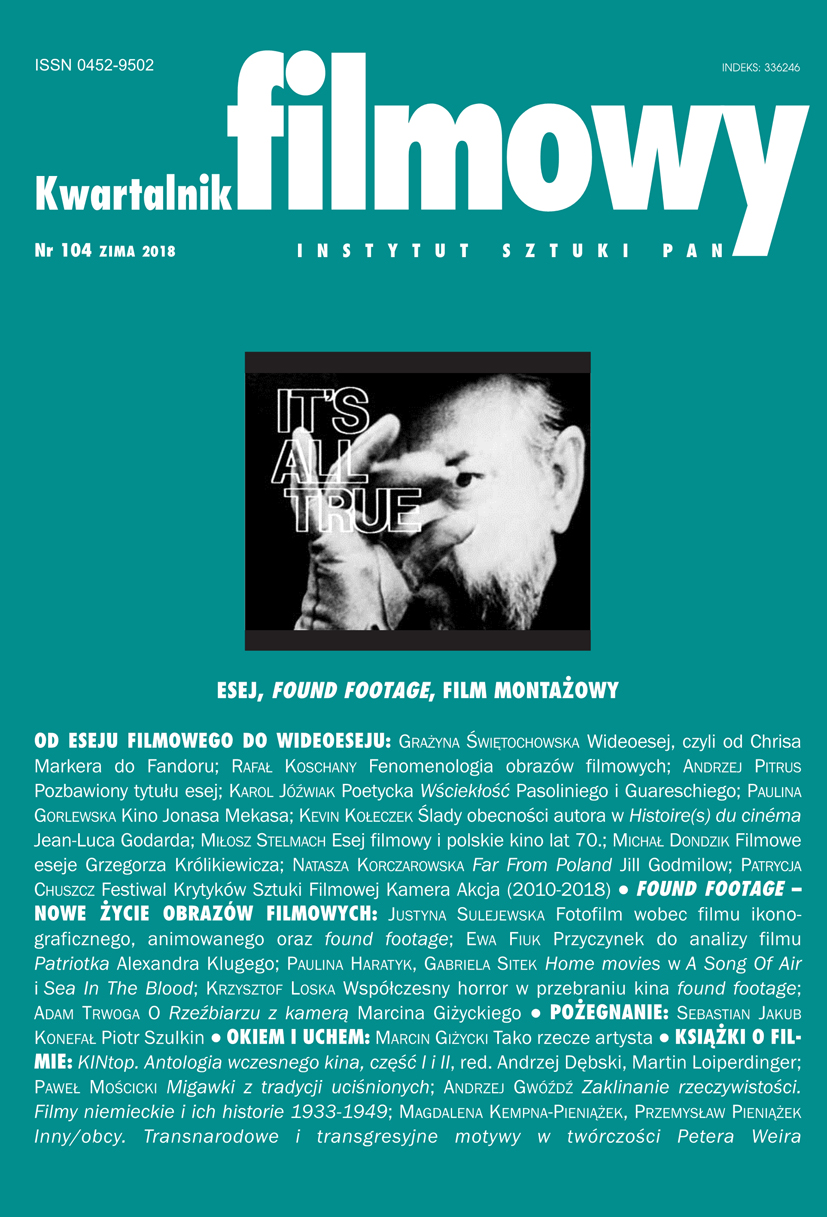 Summary/Abstract: The text is an analysis and interpretation of found footage documentaries: “A Song of Air” by Merilee Bennett (1988) and “Sea In The Blood” by Richard Fung (2000), which were constructed from family footage from the archives of their creators. The text is an attempt to show the potential of found footage as a creative technique based on editing in the construction of the narrative of the past identity. The authors of the text refer to, among others, points made by William C. Wees in the work “Recycled Images: The Art and Politics of Found Footage Films” and Jaimie Baron in “The Archive Effect: Found Footage” and the Audiovisual Experience of History. They refer to the category of constructed identity, presented in Katarzyna Rosner’s work “Narracja, tożsamość i czas” [“Narrative, identity and time”], and David Carr’s concept to emphasize how the use of home movies allows individual film-makers, being the subject of the work, to tell individual experiences and incorporate family relationships in a narrative story dealing with identity.