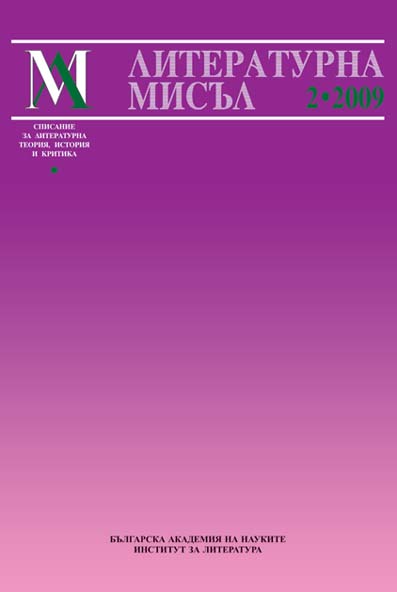 Summary/Abstract: The text draws attention to the two-way ego-perspective of memoirs: in addition to creative reconstruction, "quasi ballad" vision for the object of memory ("revives" him), they update the psychological portrait of the subject of the story. In this case, greater attention is paid to the psychological portrait of the author, A. M. Gorky, and his notes made on A. P. Chekhov's death. But the question is can this memory be regarded as reliable, especially in its claim of biographical fact? The friendship between the two writers largely fits within the ego-text: it begins as a correspondence, continues as personal meetings and conversations (some of which are recorded) and ends as memoirs. From similar memoirs of their other contemporaries, we can restore many of the Chekhov's external characteristics, to imagine him through his typical gestures, reactions, witty remarks, and habits. With Gorky it is different. Supplementing the notes of two stages, once ten years after Chekhov's death (1914) and a second time before its publication in 1923, is a gesture showing that Gorky wanted to consolidate his authority over that of his famous contemporary whose aesthetic platform he used. Characteristic of this approach is Gorky's style – without beginnings or endings, the lack of a coherent structure, rather chaotic remarks made casually and not arranged in a logical view. Allusions to Chekhov as an ideologist of class thinking even slip. Throughout his literary career, Gorky gradually established himself in the hierarchy and the doctrine required a new literary direction ("socialist realism"), excluding Chekhov’s poetics. In this sense, his memoirs about Chekhov not only demonstrate the mechanism of manipulation, but also the dangers of the genre.