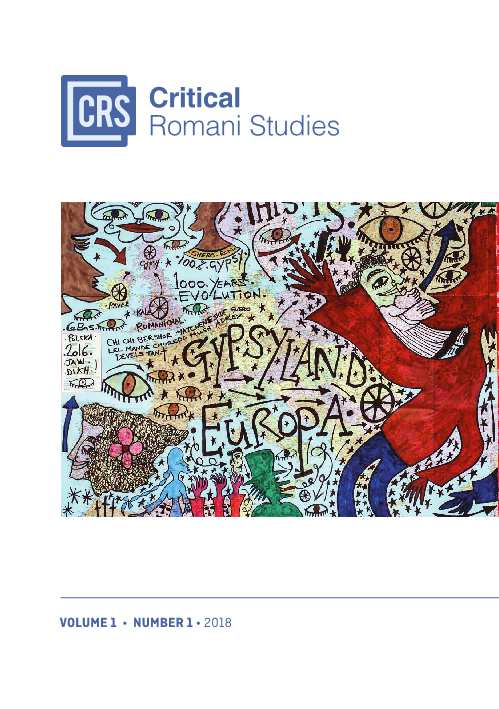 Summary/Abstract: As a social phenomenon and an ideology, anti-gypsyism is sustained on essentialized narratives, which reify ethnic borders (between those considered as Roma and non-Roma) and assumes internal homogeneity of all members of the Romani group based on vaguely-defined and generalized notions of “culture” or “ethnicity”. These narratives tend to exclude plural and diverse representation of social realities and intersecting Romani identities, which can challenge the dominant and stigmatizing discourse. In this paper, I analyse how academic discourse contributes to sustaining essentialist representations of Roma and assess how more nuanced, plural, and context-sensitive interpretations of ethnic identity can contribute to challenging anti-gypsyism. By reviewing the scholarship of Brubaker (2002, 2004), Hall (1996) and Vertovec (2007), I discuss the potential of definitions in deconstructing homogenized and essentialized discourses on Roma in knowledge production and beyond. Furthermore, I discuss how the emergence and dynamic development of Romani scholarship has been gradually challenging the legacy of Romani Studies and providing an entry into new avenues of research, conducted primarily from the standpoint of Romani scholars. I argue that their engagement in knowledgeproduction is essential for promoting diversified, balanced and context-sensitive discourses. In this article, rather than prescribing a specific, normative framework for Romani Studies and elaborating a fixed research agenda, I point to possible directions and promising theoretical avenues which may provide a refreshing counter-balance to an otherwise homogenizing scholarship. In doing so, I assess possible implications for adapting diverse notions of ethnicity as a tool for de-essentializing academic discourses on Roma – including advantages and existing risks. Such an approach enables the mapping out of issues and challenges relevant for the process of elaborating a Critical Romani Studies research agenda.