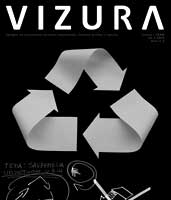 Summary/Abstract: Spatial intervention „Line as a Dimension of Space“ by Dean Jokanović Toumin – one of the unavoidable authors in the context of the authenticity of post avant-garde art since the 1970s originating from the cultural scene of Bosnia and Herzegovina – was realised in October 2007 in the Sarajevo City Gallery Collegium Artisticum, thanks to the International Ars Aevi Project. „Line as a Dimension of Space“ is a project comprising three complementary exhibits done in three different countries and, in terms of characteristic, three totally different galleries: Musee d’art moderne de Saint-Etienne (June 2006), Dom hrvatskih likovnih umjetnika in Zagreb (September 2006), Ciyu Gallery Collegium Artisticum in Sarajevo (October-November 2007). Expanding on his previous analytical explorations (dating back in the 1970s and even earlier, in the 1980s) with two-dimensional to three-dimensional, „spatial picture“, Dean Jokanović´s interventions within the galleries implies a consideration of space using lines which, drawn precisely and directly onto the galley walls, underlines in different ways the specific characteristics of those spaces.