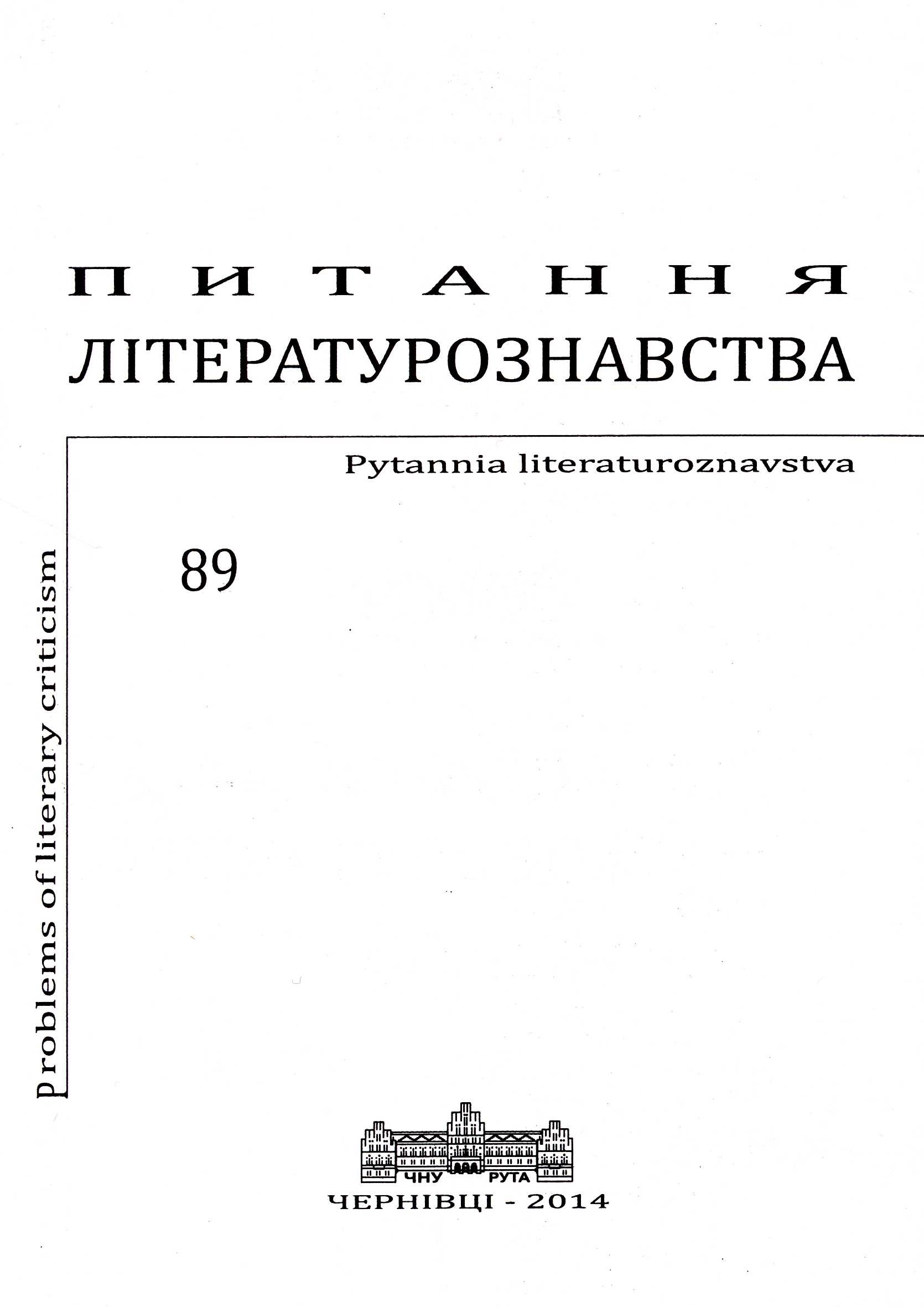 Summary/Abstract: The article deals with the artistic-biographical model of the Mazepa image in modern historical novels in verse by Kateryna Motrych’s “Motrya’s Nights”, Leonid Horlach’s “Mazepa”, Andriya Hudyma’s “Mazepa’s Confession”, Ivan Shkurupiy’s “Baturyn”, which mark by innovative approaches to study of documentary material, its genre, plot and compositional expression. The works represent a new level of understanding the figure of Ivan Mazepa, who had a great influence on the formation of Ukrainian statehood, but he was shown as a treacherous traitor, power-hungry, lover, a man who was cursed by church and God. There is a transformation of historical truth and everyday realities of Hetman’ time, artistic modeling of his life and actions. These works encourage comprehending of past and present, understanding of rightness of Hetman’s action, who was patron of art, science, religion, defender of Ukraine. Attention pays for accumulation of historical, documentary and epistolary material about Mazepa, interpretation his image in historiographical works. Authors of historical novels in verse try to rehabilitate Mazepa and return him place in the history of Ukraine, draw attention to the oppressive policies of Russia, creatively reflect of Ivan Mazepa’s biographies and the key points of Ukraine being during his rule, that present with historical authenticity, for instance: destruction of Baturyn, execution of Kochubey and Iskra, confusion between Cossack officers and S. Paliy, visiting of mother in monastery, correspondence with Motrya, transition to the side of the Swedish King Charles XII, Mazepa’s anathema and escape from Ukraine. An interesting plot element is known and confirmed fact of Ivan Mazepa’s correspondence with his god-daughter Motrya Kochubey. Twelve Hetman letters, about authenticity of which is debated, is a masterpiece of intimate lyrics of the beginning of XVІІІ century, using and interpreting by writers in the novels in verse.