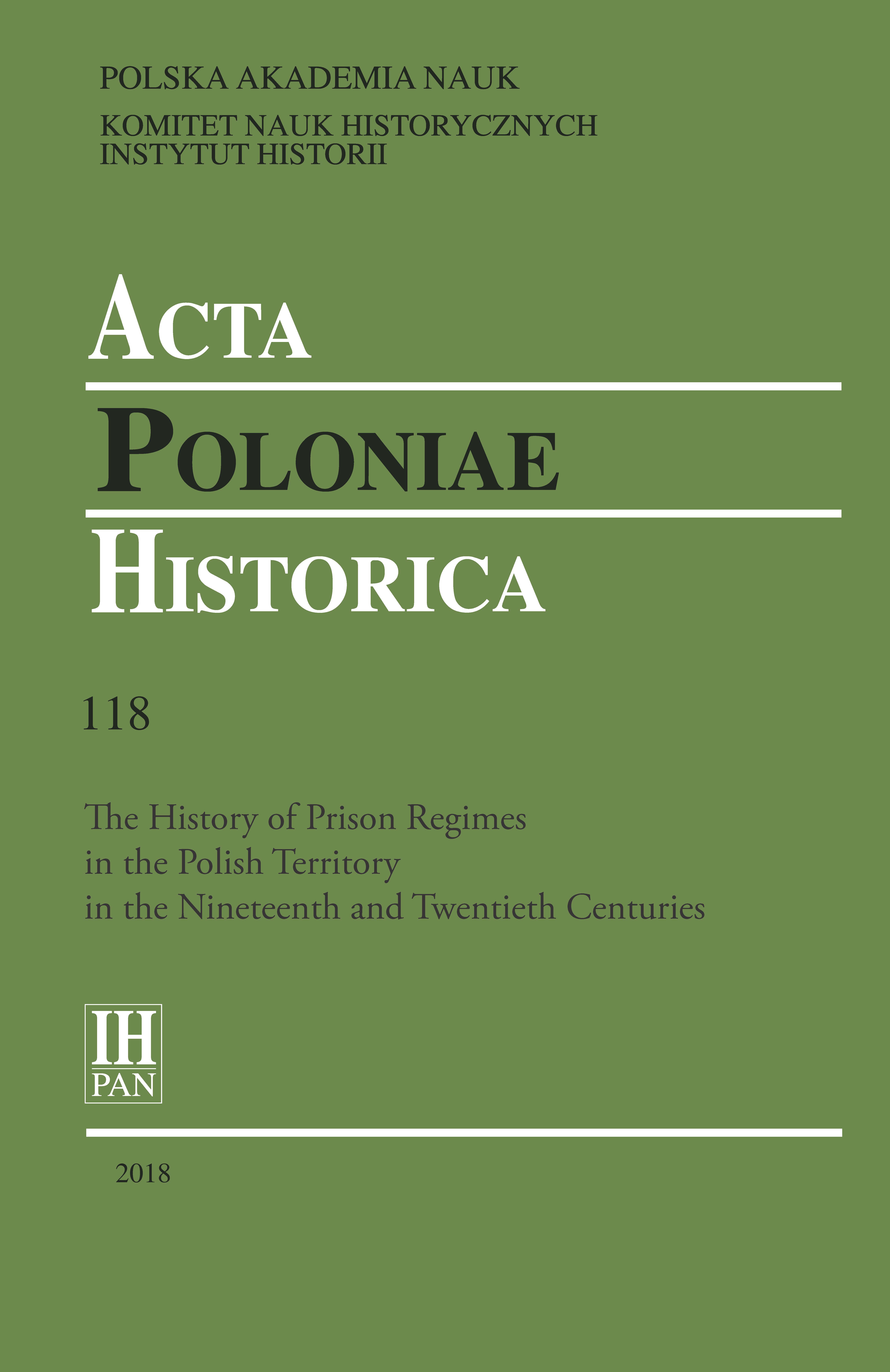 Summary/Abstract: This article seeks to reconstruct the resistance attitudes and strategies of survival among political prisoners in Poland in the years 1944–56, referred to as the Stalinist period. The introductory section reviews the literature on social resistance in authoritarian political systems, including Poland and covering political prisoners. Subsequently, a definition of ‘political prisoner’ is proposed and the socio-political context of the Stalinist period presented, in which prisons were assigned a strictly repressive function. The present analysis primarily seeks to answer the question whether the conditions in Stalinist prisons offered any room for opportunity to resist the authoritarian power – and, if yes, what sort of experiences and models the convicted resorted to. I also sought to see what forms rebellion against the authority assumed and what was the purpose of the adopted survival strategies. The article is based on documents generated by the Ministry of Public Security’s Prison Management Department and the penitentiary units reporting to it, as well as on memoirs and accounts of former political prisoners.