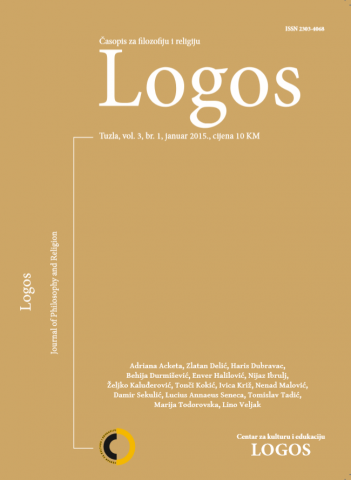 Summary/Abstract: The German philosopher Karl Jaspers states that from that what we know about man, we cannot deplete what man is. This we can only experience at the source of our thinking and acting. Man must primarily understand that he is not just a mere survival, an exclusive being-there (Dasein). He has to see himself as possibility, openness and freedom in the world and in himself. Man must free himself of the pressure of the earthly and start to build his world up by himself. Out of his “lostness” in this world he has to come to his existence necessarily, but also freely, by choosing himself and his own path here and now. As well, instead of force, he has to use the mind, because only in this way can he build up interpersonal relationships, communicate with others, and this is a condition of realizing his own existence and of searching for transcendence. Getting caught in boundary situations, man becomes aware of the reach of his possibilities and discovers at the same time his own spiritual state, and hereby sheds light on his existence understanding that his only hope lies in the search for transcendence, which in this world speaks in ciphers.