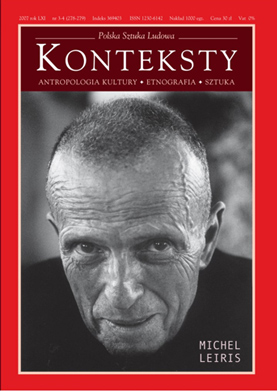 Summary/Abstract: The text of Turandot or Liů is a painstaking attempt at deciphering the opera by Giacomo Puccini. The author interpreted this work within the perspective of the composer’s oeuvre (Turandot is his last, unfinished opera – Puccini, who suffered from cancer of the larynx, died while writing it), his life (Liů, the second most important female protagonist, is an homage paid by the composer to his servant, Doria, who committed suicide after his wife accused her of having an affair with him), the period (the end of the first world war, the birth of Italian fascism), music in general (the emergence of the twentieth-century avantgarde), other works about the Chinese princess (Gozzi, Reinhardt, Busoni, Koch, von Einem, Vakhtangov), the spectacle by David Pountney and Valeriy Gergiev (Salzburg, 2002), the two endings of the opera (by Franco Alfano from 1926 and by Luciano Berio), and the reflections of Slavoj Žižek. „Žižek wrote that although Liů’s suicide cannot be eradicated, it must remain ’deprived of an effect’, if Calaf and Turandot are to live as if nothing happened. As if nothing happened... Is that possible? And was it possible for Puccini who never completed his own work?”...