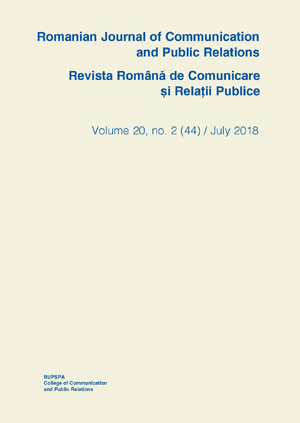 Summary/Abstract: This article focuses on a semiotic analysis of Frankenweenie, one of Disney Picture’s 3D animated films. Anchored within the psychoanalytic film theory, the aim was to highlight how animated films, as colorful and comic as they are, can demonize a certain group of people. Studying how animated films can do this can lead to an important understanding because children’s exposure to modelled behavior on television and in movies has the potential to influence a wide range of attitudes and behaviors, cause victimization, alter their perceptions of reality, reinforce stereotypes and make them acquire such negative emotions as fear and anxiety, and behaviors like retaliation and passivity. The possibility of these adverse effects is even of greater concern in Africa and similar contexts which are at the receiving end of cultural products such as films that emanate from the West. The findings suggest that the negative portrayal of ‘people of color’ or other characters that represent them, by American film producers and directors seems to be a reoccurring phenomenon. Significantly, from an African perspective, this study corroborates scholars’ position that Disney has continued to portray ‘people of color’ negatively over the years.