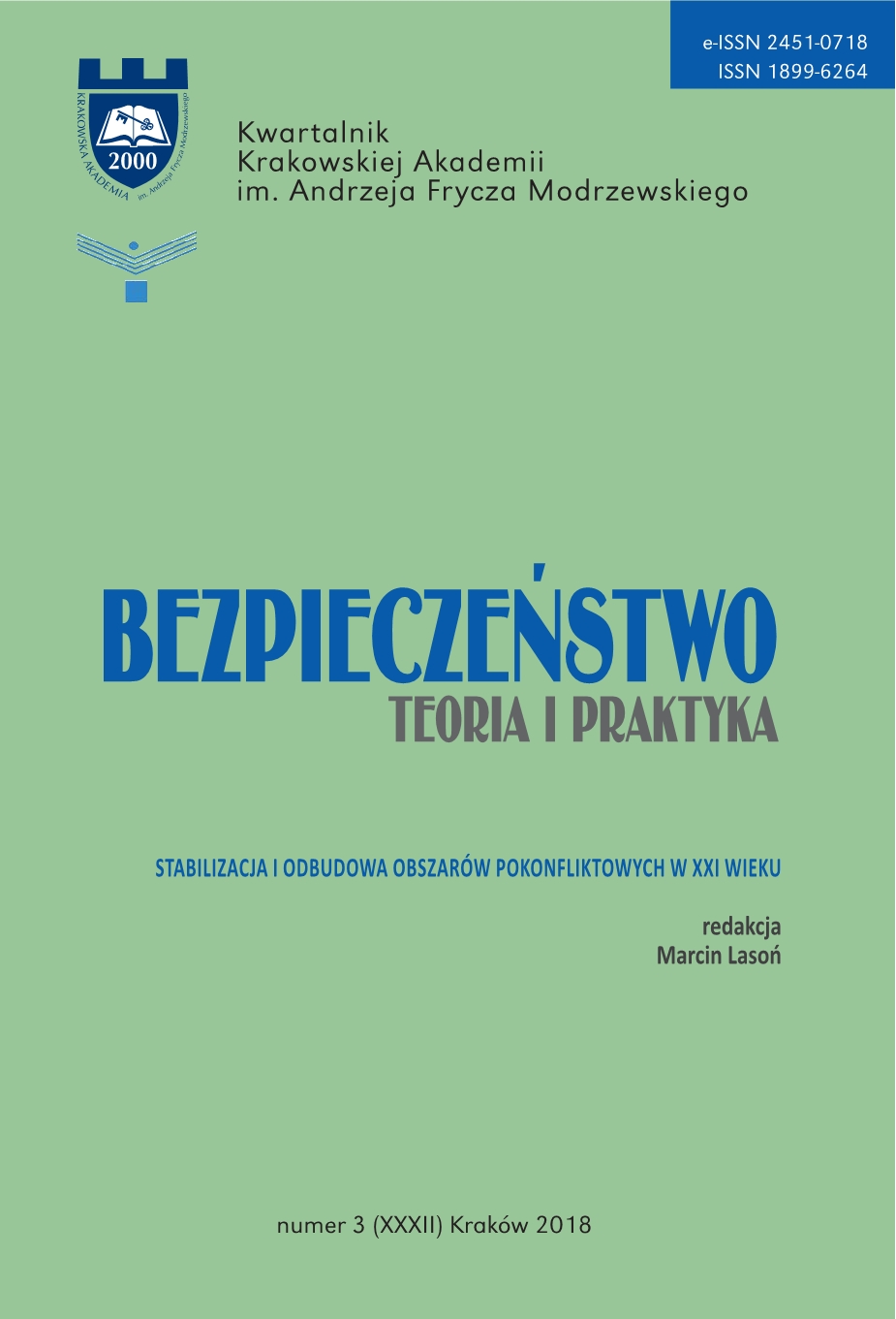 Summary/Abstract: The article is an attempt to indicate the role that can be played by the Special Operations Forces operating in post-conflict areas. The specificity of this kind of forces imposes a different definition of the area understood as a post-conflict area. Special Operations Forces appear in the theater of war far before the appearance of the visible symptoms of conflict and they are usually the last ones to leave the place. The text is a synthesis of a few available materials, available knowledge (unclassified solely) and the author’s own comments on the tasks facing the Special Operations Forces in the course of conducting operations in the described, specifically dedicated environment.