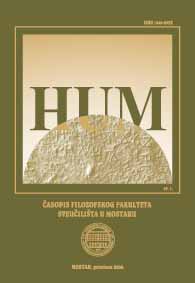 Summary/Abstract: The author wants to show perception of an island as a universe for it self in the opus of some important Croatian insular prosaists of the 20th century. Those are Ranko Marinković, Petar Šegedin, Slobodan Novak, Pavao Pavličić and Renato Baretić. For Marinković an island is a space of condensed life (confined life stage) in which he discovers unusual richness of forms, colors, sounds, smells, moves, with a gallery of distinctive insular types. Šegedin perceives an island completely opposite. That is not only geographically restricted and closed area but a real dungeon, dangerous area of spiritual restriction: of fear, alienation, anxiety, lack of freedom, threat. In Slobodan Novak’s prose insular topography appears in two completely opposite metonymy characters: one time like a clear idyll, i.e. like a place of happiness and bliss, and the other time like a place of repentance and atoning of punishment. For Pavličić and Baretić an island is the ideal (utopian) place in which they can produce the most unusual and the most peculiar occurrences with unusual human destinies.