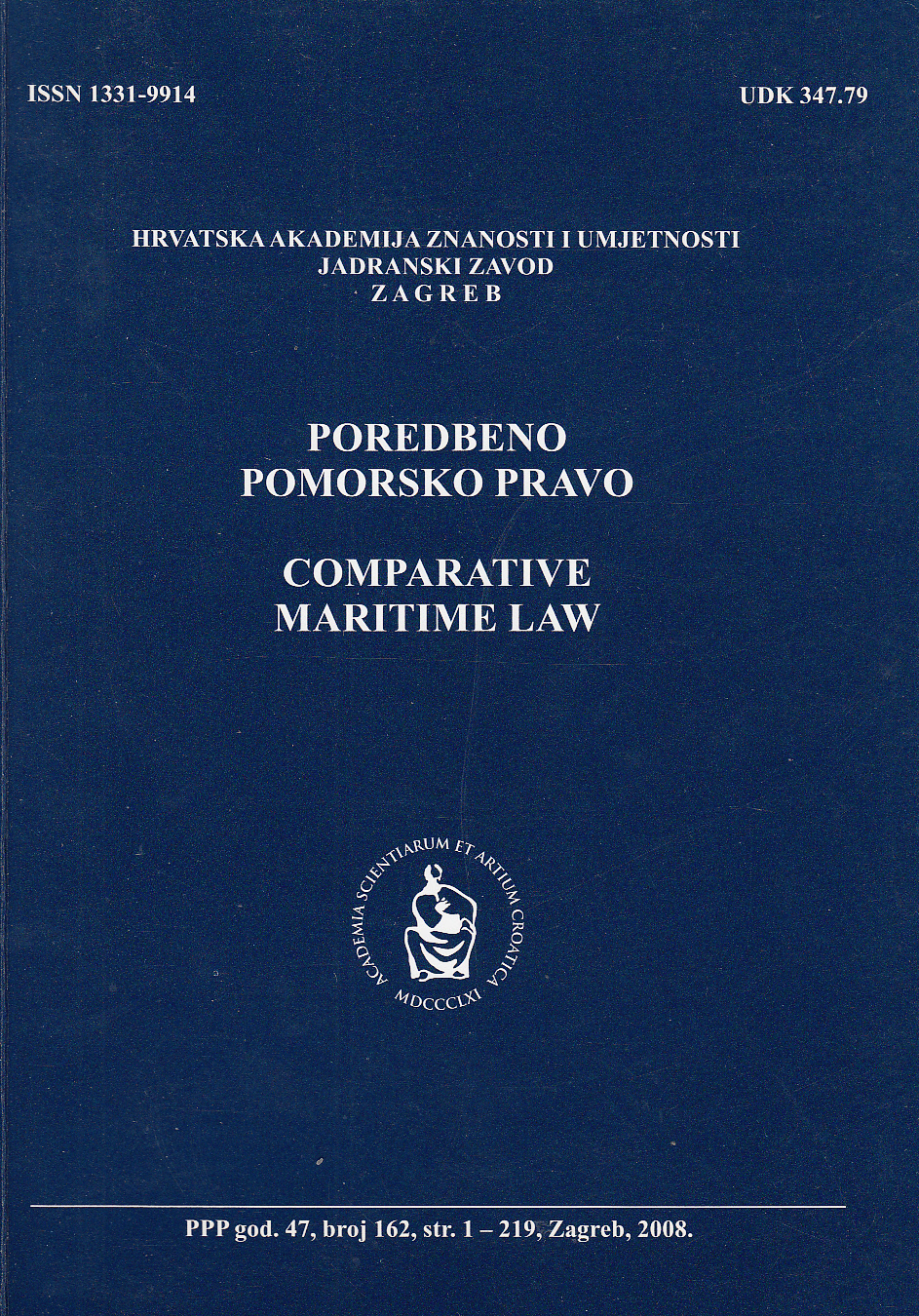 Summary/Abstract: The paper deals with the nautical fault as a specific corrective of the sea carrier liability for damages on goods caused by the activities of the master, the crew and others of whom the sea carrier makes use in his activities. Beside the historical circumstances which caused the genesis and evolution of the nautical fault defence, the legal regulation is analyzed through the existing international conventions and with a special overview of difficulties in delimitation of carrier's liability. Contrasting opinions that appeared during the process of reassessment of the justifiability of nautical fault existence are presented, especially the ones that emerged during the work on the new international convention. Importance of a prompt conciliation of experts in this matter is emphasized, coveted not only because of the achievement of legal security, but also because of the harmonization of the carriage of goods by sea with other sectors of transport as well as the future undisturbed development of nautical navigation and trade.