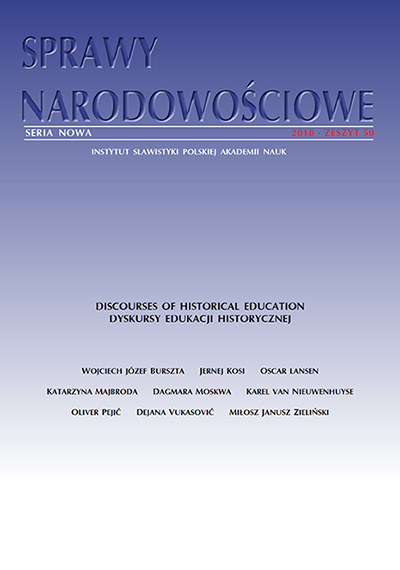 Summary/Abstract: The article attempts at answering the question whether the movie “Volhynia” (pl. wołyń) translates into the Polish-Ukrainian relationship and, if yes, how? Does Smarzowski’s work play bigger role in the construction of the relation between the nations or rather in the construction of one nation’s certain identity project? In the search of the data necessary to provide an answer, I have conducted a content analysis of the discourse created after the movie premiere as well as a questionnaire study among the students of the social sciences. The conclusions arising from the performed analyses are ambiguous—on the one hand, historical events determine the view of the neighbours; on the other hand, Volhynia understood as a memorial appears not be included in the modern Ukrainians. Hence, it seems that the most accurate ascertainment is that while in certain social circles the movie “Volhynia” became a factor activating particularly intensive observation of the neighbour (or mutual observation), in others it did not evoke any change in the attitude towards the Ukraine and Ukrainians.