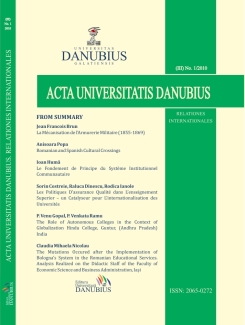 Summary/Abstract: This paper examines the veto power system in the United Nations Security Council (UNSC), with the argument that it has not been favorable to the developing countries and the international system since inception in 1945. Consequently, this paper is of the view that the system has been a major force resisting the full actualization of global peace and security, and renders the global system chaotic and anarchic. Based on that, the paper is of the view that the system is undemocratic, lacks morality and transparency. However, the main objectives of this paper are to evaluate the consequences of veto system in the global system; access the trend of veto cast between 1946 -2016 by the five world powers; and stress the urgent need for its reforms or modifications. In caring out this research, secondary sources were used, and data analyzed using descriptive method. The result and findings, shows that the close-door consensus and consultations of veto power system, have made it undemocratic and inconsistent with the initial aims of the existence of the United Nations; its exclusive nature is unfavorable to the developing countries and counter-productive to the global system. Consequently, this paper proposes a complete reversal of the system and perhaps alternated with a system that would unconditionally induct the developing countries into the global decision making process.