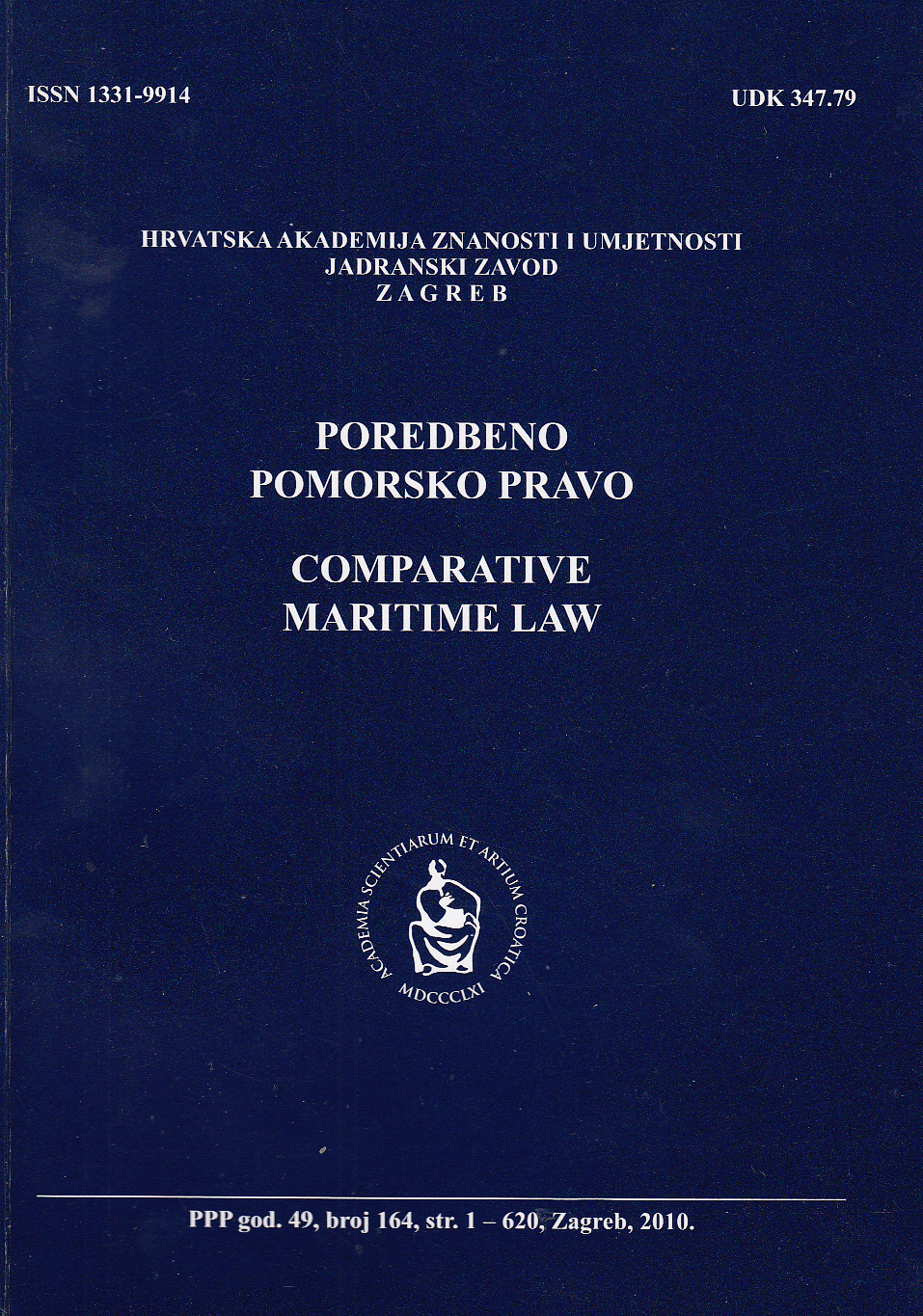 Summary/Abstract: The subject of this paper is the review of York-Antwerp Rules made in Vancouver in 2004, as well as its possible implications for previous adoption of York-Antwerp Rules by all the participants in maritime transport. The author is analyzing key modifications made in Vancouver in 2004, using historical approach with the aim of determining reasons which caused these modifications, pointing out the determined important discussions which marked the period before the ''International Law Association'' initiative, as well as the period of work of Conferences, which date back to 1864. At the very end, the author is trying to predict whether these revised York-Antwerp Rules would have the same influence which they had until the modifications from 2004, since the initiative was taken by certain circles of insurers, represented by IUMI, with severe reluctance of shipping companies.