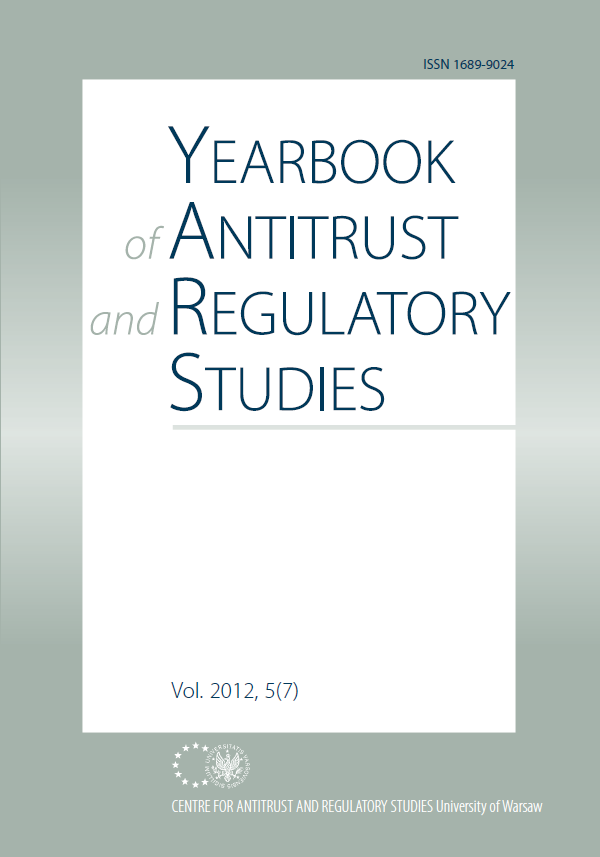 Summary/Abstract: This third overview of EU competition and sector-specific regulatory jurisprudential and case law developments with a nexus to Poland covers the years 2010 and 2011. This period of time is worth noting for several reasons. First, EU courts delivered a significant number of judgments in ‘Polish’ cases including an increased number of preliminary rulings. Second, 2010-2011 developments were dominated by judgments and decisions concerning telecoms. Finally, the Commission adopted only a handful of Polish State aid decisions following a formal investigation procedure under Article 108(2) TFEU. The main developments in telecoms relate to the Court of Justice’s preliminary reference judgment in Tele 2 Polska focusing on the interpretation of Regulation 1/2003 and the PTC v UKE ruling that dealt with number portability charges. Relevant is also the antitrust prohibition decision issued by the Commission against Telekomunikacja Polska S.A. for its refusal to grant access to its wholesale broadband services. In other fields, the Court of Justice delivered three State aid judgments (including two appeals against pre-2010 judgments of the General Court) and two judgments in infringement proceedings (regarding pre EU Accession marketing authorisations for medicines and the reutilisation of data from the public sector). The General Court ruled on appeal in the butadiene rubber cartel case (e.g. in Trade-Stomil v Commission). Finally, the Commission dealt with a merger case with a truly Polish specificity (Kraft Foods/ Cadbury), approved subject to divestiture of the E. Wedel brand.