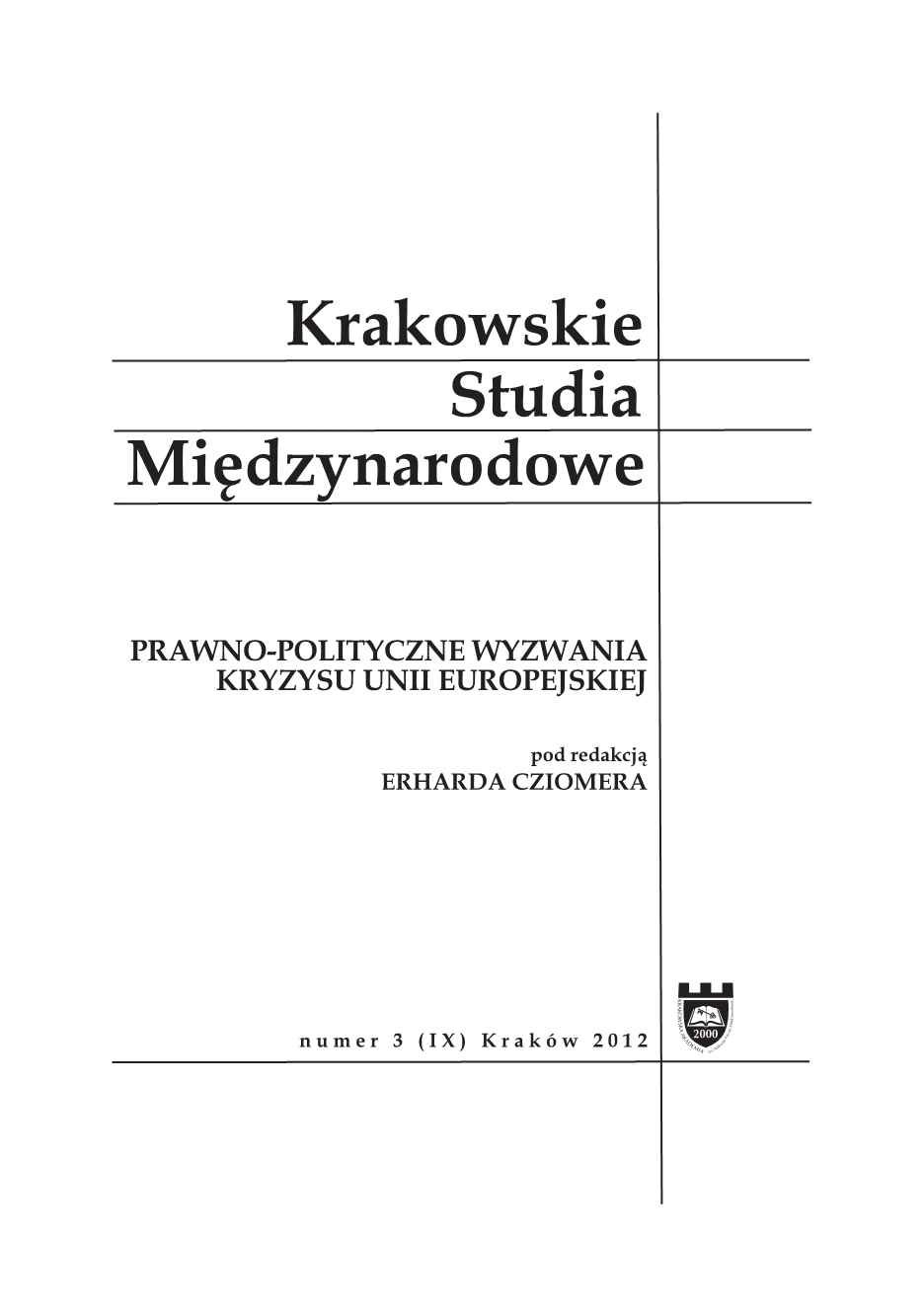 Summary/Abstract: Interdependence, characteristic for globalization processes, which is the most visible in the economic sphere, favors the spread of all kinds of phenomena, both positive and negative, including the financial crisis. In the time of financial crises, the European Union, an integrated economic entity, requires a common response from the Member States. The remedy to the problems of the countries of the monetary union, plunging into the financial crisis, is the recently adopted Treaty on stability, coordination and governance in the Economic and Monetary Union also referred to as the fiscal Pact. The distinctive feature of the Treaty is its intergovernmental character, which makes that it will operate in parallel to the European Union Treaties, what raises a number of questions and critical judgments. Particular attention is paid to the European Union institutions, notably the Commission and the Court of Justice that have been assigned new roles in the Treaty, extending beyond those provided for in the European Union Treaties, what can be seen as an infringement of the principle of rule of law.