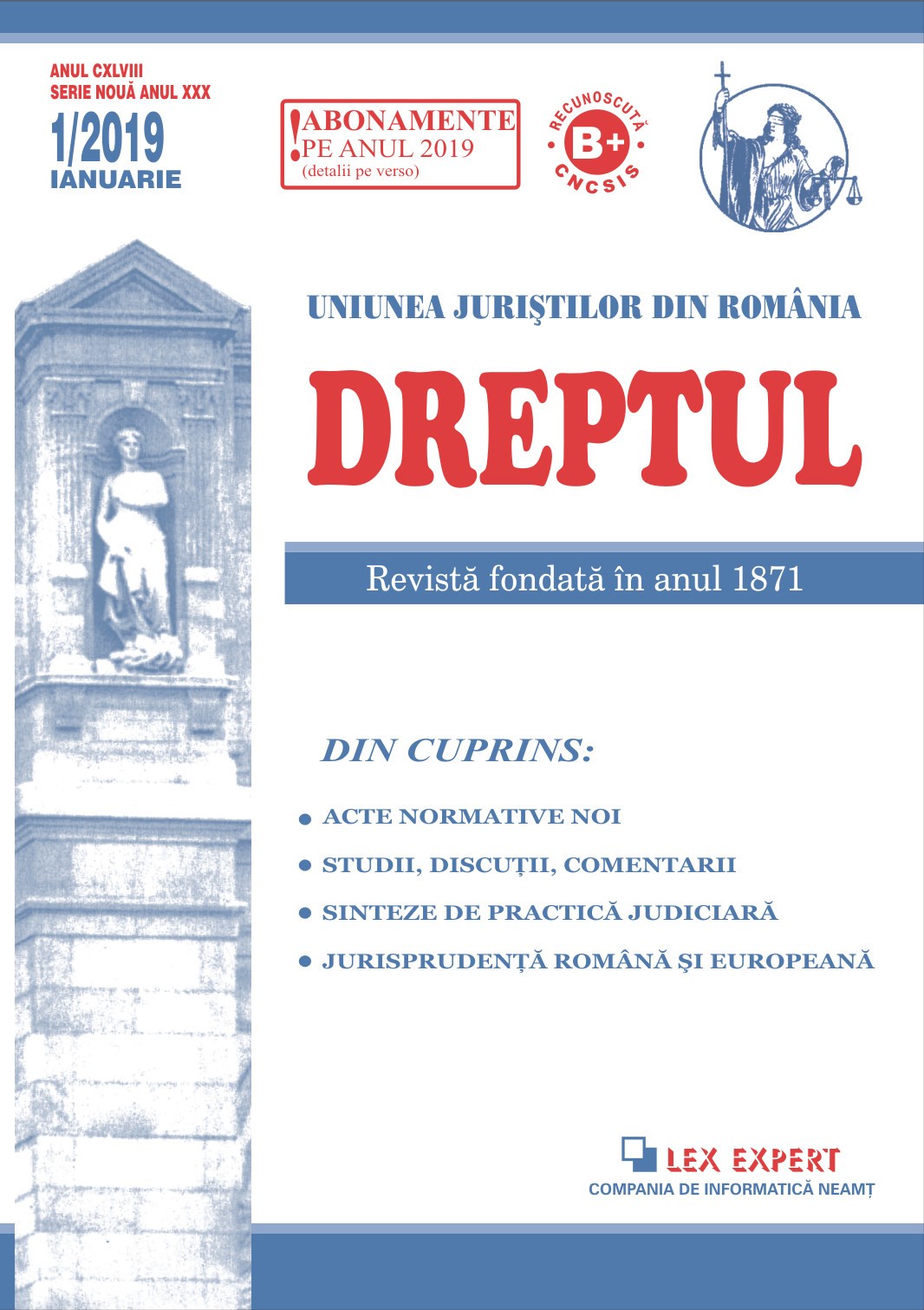 Summary/Abstract: The study analyzes the land registry actions covered by the Decree-Law No 115/1938, by the Law No 7/1996 and by the new Civil Code, the conditions of admissibility of these actions, their features and their effects, the differences of legal regimes being also presented.Thus, the advertising system based on land registries has in its content, in addition to its specificity, which gives it superiority in relation to the former system of advertising through registers of transcriptions-inscriptions and civil actions regulated in order to satisfy this superiority and which are intended to facilitate the civil legal circuit within that system.Likewise, the study also analyzes the correlation of these actions with the civil action in performing a sale and purchase preliminary contract, identifying the specificity of the correlation in different historical periods.The specificity of the land registry actions is presented also from the perspective of the application of the civil law over time, evoking the incidence of a temporary law in this field.The provisions of Article 77 of the Law No 71/2011 on the implementation of the new Civil Code refers expressly to the principle of the tempus regit actum, and the registrations in the land registry made as a result of some legal acts or deeds concluded or, as the case may be, committed, or produced prior to the entry into force of the Civil Code will produce the effects provided by the law in force at the date of conclusion of these acts or, as the case may be, at the date of the occurrence or the committing of these facts, even if the entries are made after the date of entry into force of the Civil Code.At the same time, the provisions of Article 56 (1) of the Law No 71/2011 stipulate that the acquisition of real estate property rights by the effect of their registration in the land registry shall be applied only after the completion of the cadastral works for each administrative-territorial unit and the opening, upon request or ex officio, of the land registries for the respective buildings and shall be made in accordance with the provisions of the Law on cadastre and real estate publicity No 7/1996, republished, as amended and supplemented.According to Article 56 (2) of the Law No 71/2011, until the date stipulated in paragraph (1), the registration in the land registry of the property right and other real rights, on the basis of the acts through which they were validly transmitted, constituted or modified, only for the purpose of opposability against third parties.With regard to the provisions of the Decree-Law No 115/1938, in the field of land registry actions, by the Decision No 21 of 12 December 2005 of the High Court of Cassation and Justice, pronounced in an appeal in the interest of the law, it was decided that the land registry actions (in tabular performance and rectification of land registry), having as object the registration in the land registry of some real estate rights provided in validly-concluded legal acts, prior to the entry into force of the Law No 7/1996, are governed by the provisions of the former law, respectively the Decree-Law No 115/1938.