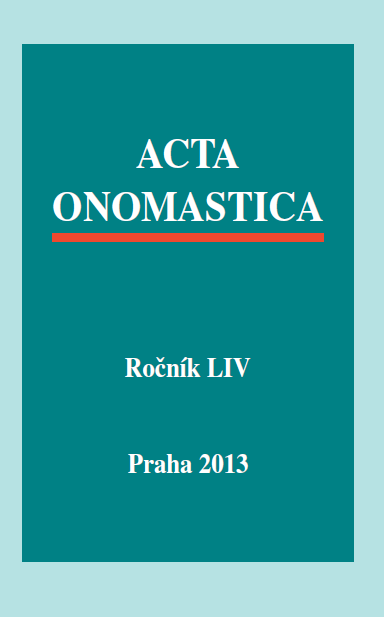 Summary/Abstract: In this article I concentrate my interest on the occurrence of confirmation names, their frequency motivation, in the locality Dabas near Budapest in Hungary. The extinct village was resettled by Slovaks. During the Rákoczi conflicts it became desolate, and before 1708 it even disappeared from the registration documents. In the year 1712 the Slovaks of Roman Catholic denomination, settled in Sara, can be considered as ancestors of the present inhabitants. After the year 1720 additional Slovaks settled here. In the year 1880 the village had 76,6 % of Slovak population. There is a Virgin Mary’s Assumption Church in the village. I observed the names in the confirmation register from 1942, participated by the oldest generation, as well as names in the registers from 2003, 2006, 2009 being the latest. On the basis of the registers we can speak about the excepted motivation by godparents or parents. From 1942 to 2009 we recorded a decline of confirmation names motivated by the name of a godparent, or inversely by unknown factors. In comparison with the past years the variability of names is higher.