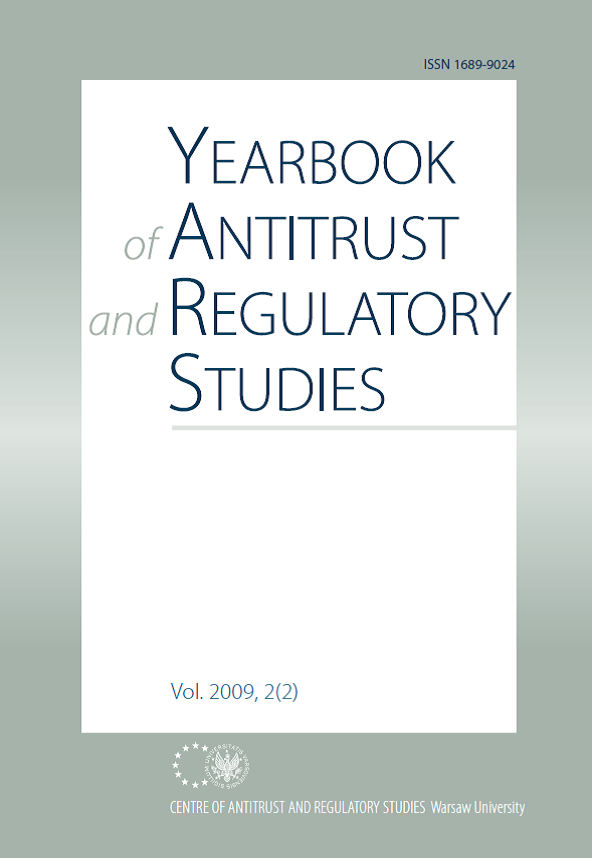 Summary/Abstract: Antitrust law, similarly to other disciplines of administrative law, concerns three interrelated aspects of legal regulation: substantive law, procedural law and legal provisions regulating the status of relevant bodies of public administration. In 2008, the Polish antitrust field was subject to legal amendments relating to the status of public administration bodies responsible for competition and consumer protection governed by the Act of 16 February 2007 on Competition and Consumer Protection 1 and other specific legal acts. The status changes affecting the competition and consumer protection field should be considered in the broader context of the: Resolution and Approach of the Cabinet No 13 of 22 January 2008 on the Completion of the Public Administration Reform and related Workflow Procedures implemented in 2008. The improvement of co-ordination between political and central governmental bodies of public administration was identified by the Cabinet as one of the targets of this reform. In order to achieve it, some public administration bodies were consolidated. That was the case with the Trade Inspection („Inspection”), acting in its capacity as an competent control body for the protection of consumer rights and interests as well as the economic interests of the State, and the President of the Office of Competition and Consumer Protection (Urząd Ochrony Konkurencji i Konsumenta: UOKiK), acting in its capacity as a Polish competition and consumer protection body. As a result, the central body of governmental administration, the Chief Inspector of the Trade Inspection, and its central office, the Chief Inspectorate of the Trade Inspection Office were abolished. A short description on the key legal developments relating to this consolidation process is presented below