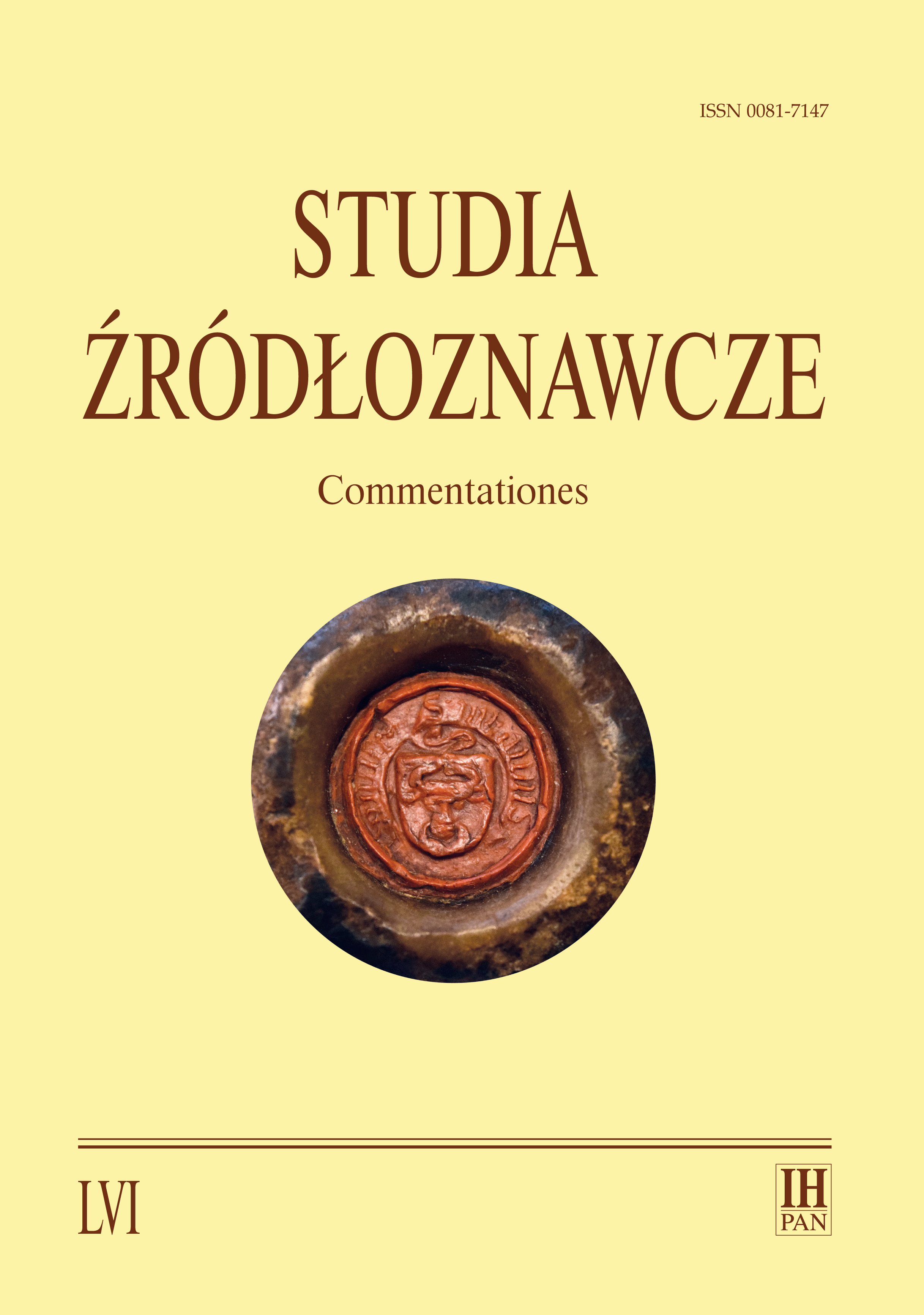 Summary/Abstract: The edition of Avicenna’s works preserved in the Provincial Library at the Higher Theological Seminary of Franciscans in Krakow contains interesting, handwritten biographical notes. It can be said with a high degree of certainty that they were written by Maciej of Błonie, a physician to Kings Aleksander I Jagiellon and Sigismund I the Old. This is suggested by the dates of his studies at the University of Krakow, the subject matter of the notes, often devoted to Mazovia, his native region, and the content of the book itself. The discovered notes, spanning the period to 1506, make it possible to ﬁll the gaps and details of our knowledge about Maciej’s early life – there is, among other things, the exact year of his birth given, the name and date of birth of his brother, the beginning year of his school education, the year he took holy orders of acolyte, and the years he went to Italy to study and came back to Poland after having obtained a PhD degree.The article attempts to examine a possible milieu of Maciej, contacts he established which could have inﬂuenced his career, especially students of Krakow University, who studied at the same time, people who lived in Italy during the same period as Maciej; there is also a question asked about his contacts with Jan Łaski.Attention was also paid to the nature of Maciej’s notes – they appear to be draft records, without a chronological order, with numerous cross-outs and insertions. Only seldom did he put down a daily date, and he used various ways to date events. All this invites a question about the place of these notes among other diaries of the period. The article is annexed by the edition of biographical-historical notes of the royal physician.

Czarodziejski blok i szpulka. Psychoanaliza i nowoczesność The magic block and the spool. Psychoanalysis and modernity 2007 Admisje notarialne w diecezji płockiej u schyłku średniowiecza Admissions of Notaries Public in the Diocese of Płock in the Late Middle Ages 2017
2023 © CEEOL. ALL Rights Reserved. Privacy Policy | Terms & Conditions of use
ICB - InterConsult Bulgaria core ver.2.0.1219