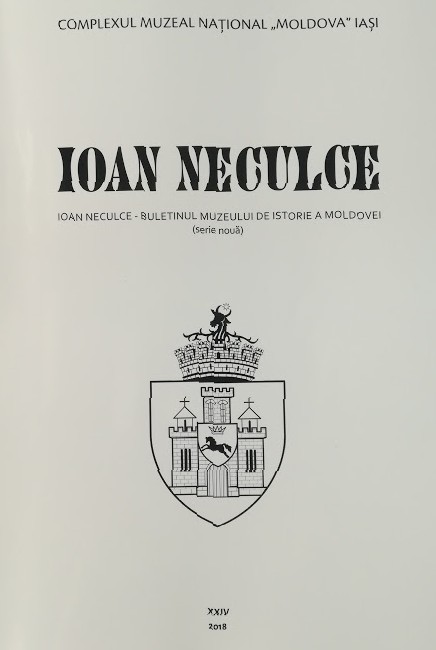 Summary/Abstract: The restoration works planned to take place at the Palace of Culture in Iasi (former Palace of Justice and Administration) since 2008, have offered the possibility of conducting a systematic archaeological research, on extended surfaces, inside the building. The archaeological investigations were very interesting, knowing that under the palace of today, built by architect I. D. Berindei at the beginning of the 20th century, are the vestiges of the 15th -18th century Princely Court. The study must be the basis for preserving and scientifically highlighting the remains of the past centuries, especially since the Palace became, since 1955, the headquarters of the “Moldova” National Museum Complex in Iasi, a specialized institution. The preliminary study examines the urban context of the Court, in a more comprehensive area. It then brings together information from both chronicles and foreign travelers’ travelogues about the look of the old Court. Attention is drawn to careful observation of how the “medieval” vestiges link and support the walls of the 19th century Palace. Regarding the construction of the clock tower of the Palace, it is emphasized that it partially overlaps the arrangement at the entrance to the Palace. In this sense it is necessary to research and observe the details of its foundation system, the extent to which previous foundations were reused or not, the system of connection to the foundations of the northern wing of the Palace of Culture.