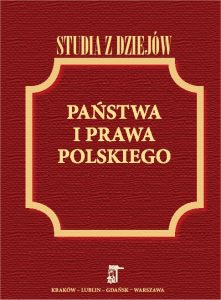 Summary/Abstract: Educational activities in prisons at the time of the Kingdom of Poland were the consequence of the nineteenth-century change of views related to purposes and conditions concerning serving custodial sentences. Th e idea of teaching inmates in the Kingdom of Poland began to form in the ’30s of the 19th century and is precisely connected with Fryderyk Skarbek, who founded the first school for juvenile offenders in Warsaw Dom Kary i Poprawy. First resolutions established at the same time by Komisja Rządowa Spraw Wewnętrznych i Duchownych ordered prison authorities to found Sunday schools where adult prisoners could be taught writing and reading. Unfortunately, recommendations of central governmental bodies were not enthusiastically received by lower-level administrative authorities. Eventually, seeing little interest shown by province governments in founding educational establishments for juvenile offenders, Komisja Rządowa Spraw Wewnętrznych i Duchownych authoritatively formed schools in four prisons in 1860 (Warszawa, Kielce, Lublin, Płock) where juvenile offenders were conducted from the whole country. Unfortunately, we do not know how the establishments functioned in reality. Th e issue of teaching adult prisoners is alike. The first establishment was formed in a prison in Kielce just in 1853 despite the fact that Komisja Rządowa Spraw Wewnętrznych i Duchownych had already issued a regulation in 1833 recommending running Sunday schools for adults. It is known that such establishments also functioned in prisons in Sandomierz and Radom.