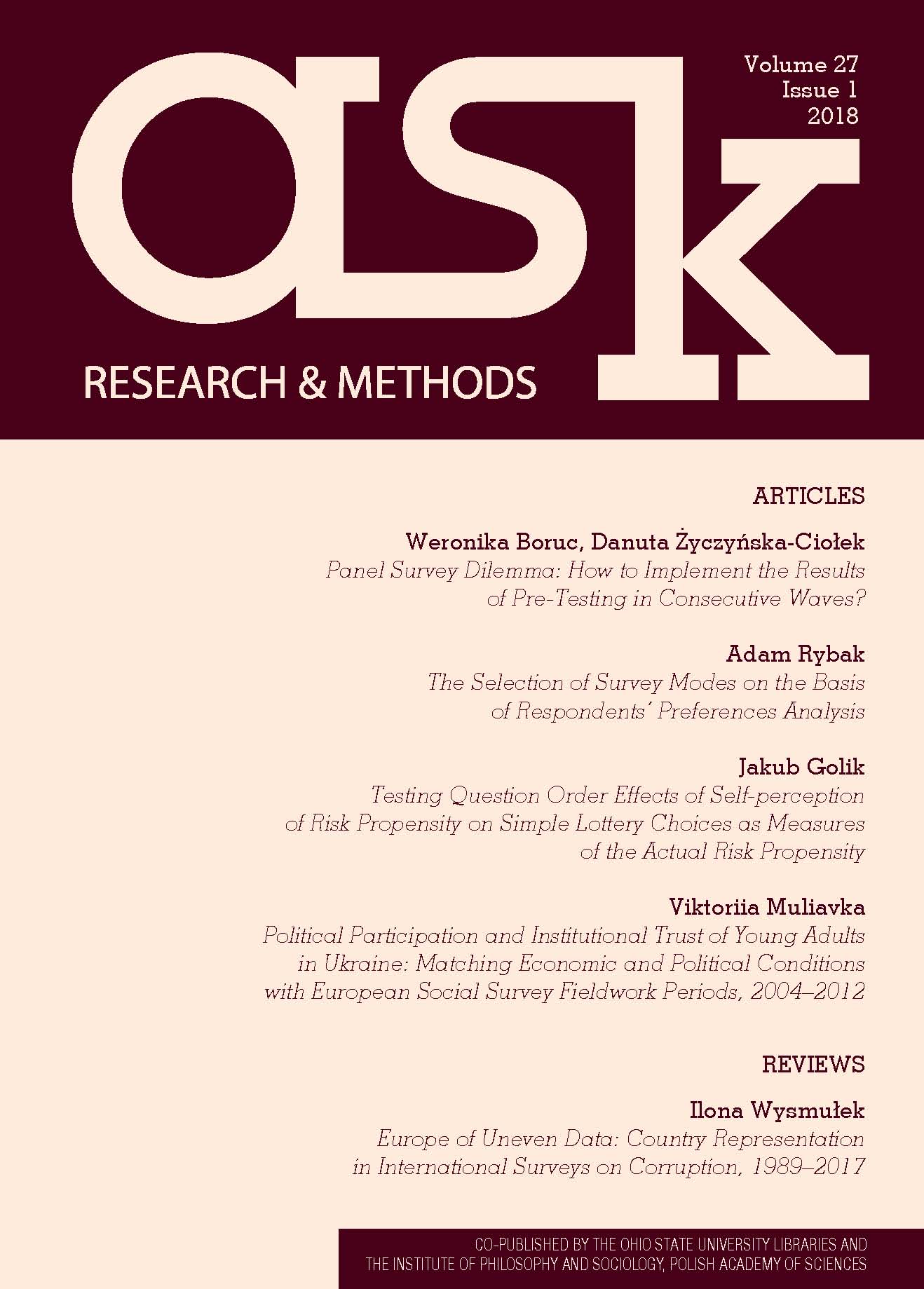 Summary/Abstract: The fundamental principle of meaningful comparative analysis of corruption featuring cross-national survey data is that countries are equally represented across time. Yet, since 1989, this principle has been consistently violated. This article examines (a) the extent to which country coverage is uneven in 45 European countries in cross-national survey projects with items on corruption during 1989–2017 and (b) the dynamics of the change of inequalities in country representation. I examined a total of 89 survey waves of 21 international survey projects, including the Eurobarometer, the European Social Survey, the International Social Survey Program, the World Values Survey, and others. The results show that the differences in representation between European countries are systematic, signiﬁ cant, and rising. The Post-Soviet country group is particularly underrepresented both in specialized surveys on corruption and in general surveys with corruption items.