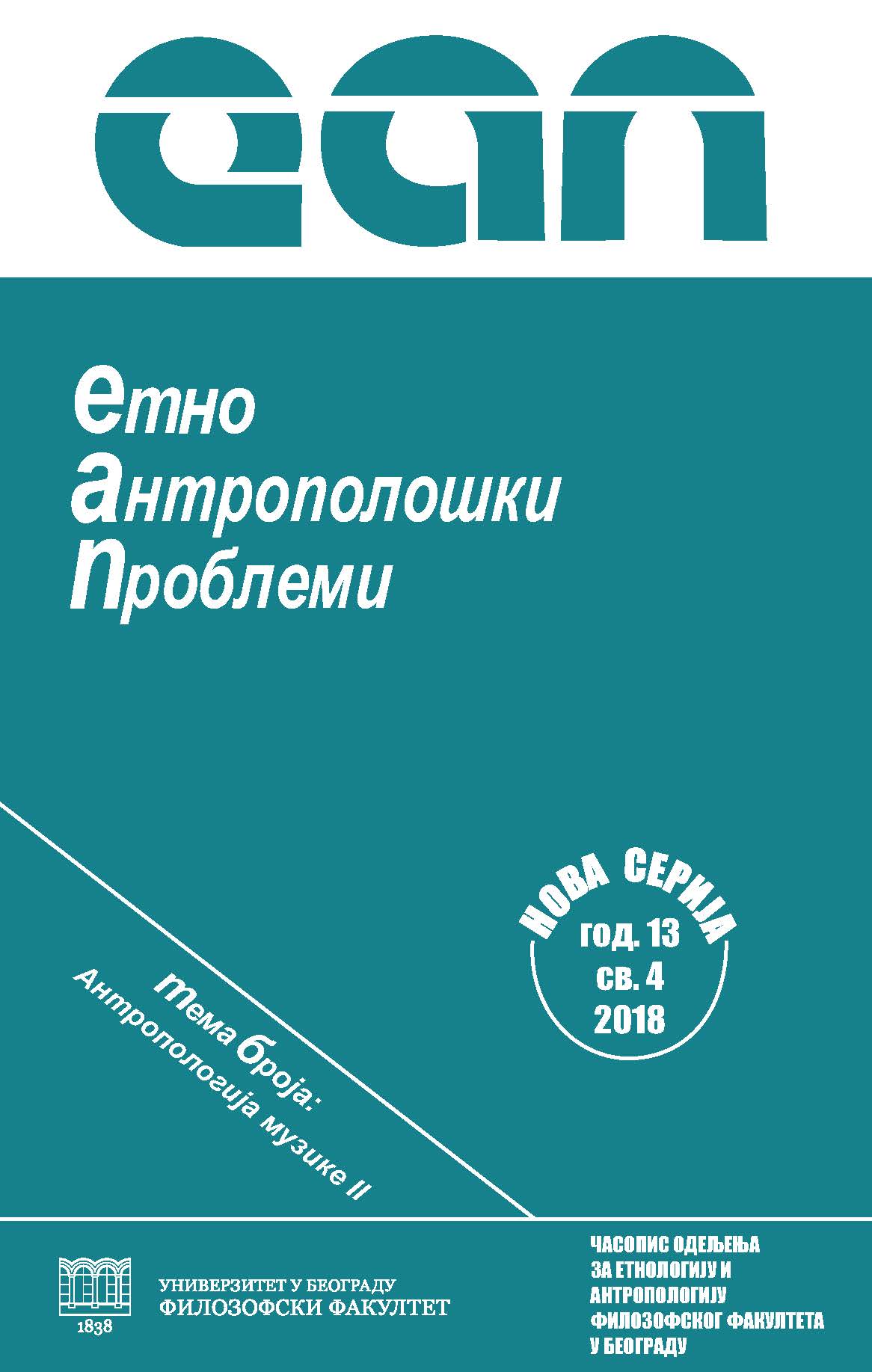 Između muzike i nasilja: „šutka“ kao ritualizovani performans identiteta i ideologija
Between music and violence: “Šutka” (mosh pit) as a ritualized performance of identity and ideologies

Summary/Abstract: Alternative music scene in Belgrade is created and developed almost parallel with that in the West. Members of musical subcultures have adopted norms, values and patterns of behavior based on the Western model, to a certain extent. Nevertheless, the domestic „underground” scene is a reflection of a constant process of glocalization rather than a complete global and local uniformity. Although the „scenes” were separated to some extent in the beginning, changes in the social, cultural and political context led to the occasional permeations of various subcultural groups. The mentioned permeations also reflected on the concept of the ultimate spectacle, the performance of subcultural socialization and communication – the concert. A specific aspect of individual and collective participation in the performance of contemporary rock concerts is „šutka” (Mosh pit). The aim of the research is to point out the multi-layeredness and complexity of parallel performances that take place on stage, in the audience, and in the interspace, in a way specific to metal and punk „underground concerts”. In the article, I am trying to investigate at what level and to what extent mentioned subcultures are countercultures indeed, ie. in what ways in concerts, through „šutka”, they question patterns, values, power relations, hierarchies, and the hegemonies of a wider society, and to what extent they are only reflections of the dominant culture in small.