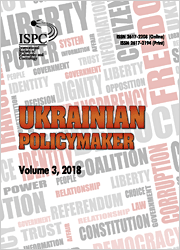 Summary/Abstract: Korea is still divided. However, the events of 2018 give a hope for solving one of the most acute problems of the world political life. The United States and Donald Trump also understand that sanctions are long-term processes, and resolving the issue by military force is also far from the best solution.Therefore, the summits of the RK — the DPRK, the United States — the DPRK should play a key role in unleashing the most difficult Korean problem. Before the RK — DPRK summit on April 27, 2018, and the United States — North Korea summit on 12th of May 2018, the unofficial consultations of the RK —the USA, the USA — Japan, the PRC — DPRK, DPRK — Russia were already finished. All the factors show the great importance of the previous and upcoming summits. Naturally, such important countries as China, Russia, Japan, which are the main actors of the Korean problem, play an important role in the upcoming high-level negotiation, as it was before.The article describes the changes, which took place in 2018 on the Korean peninsula, ways and prospects for finding solution on the denuclearization and unification problems of Korea. The article examines the intensification reasons of both inter-Korean and the relations of other countries involved in the problem around the Korean Peninsula. The article also analyzes the preparation, conducting and outcome of the RK-DPRK, the USA-DPRK summits. There is underlined a main outcome of the summits as follows: the stabilization of peace and security on the Korean Peninsula, the intention to sign a peace treaty, the normalization of relations between the DPRK and the USA, the expression of North Korea’s desire for complete, controlled and irreversible denuclearization. There is described the role of China in the processes relating to the Korean peninsula problems.The conditions of the possibility of applying the experience of the unification of Korea to the resolution of modern problems of humanitarian development of Ukraine, namely, the consolidation of Ukrainian society and the development of social partnership practices are analyzed.