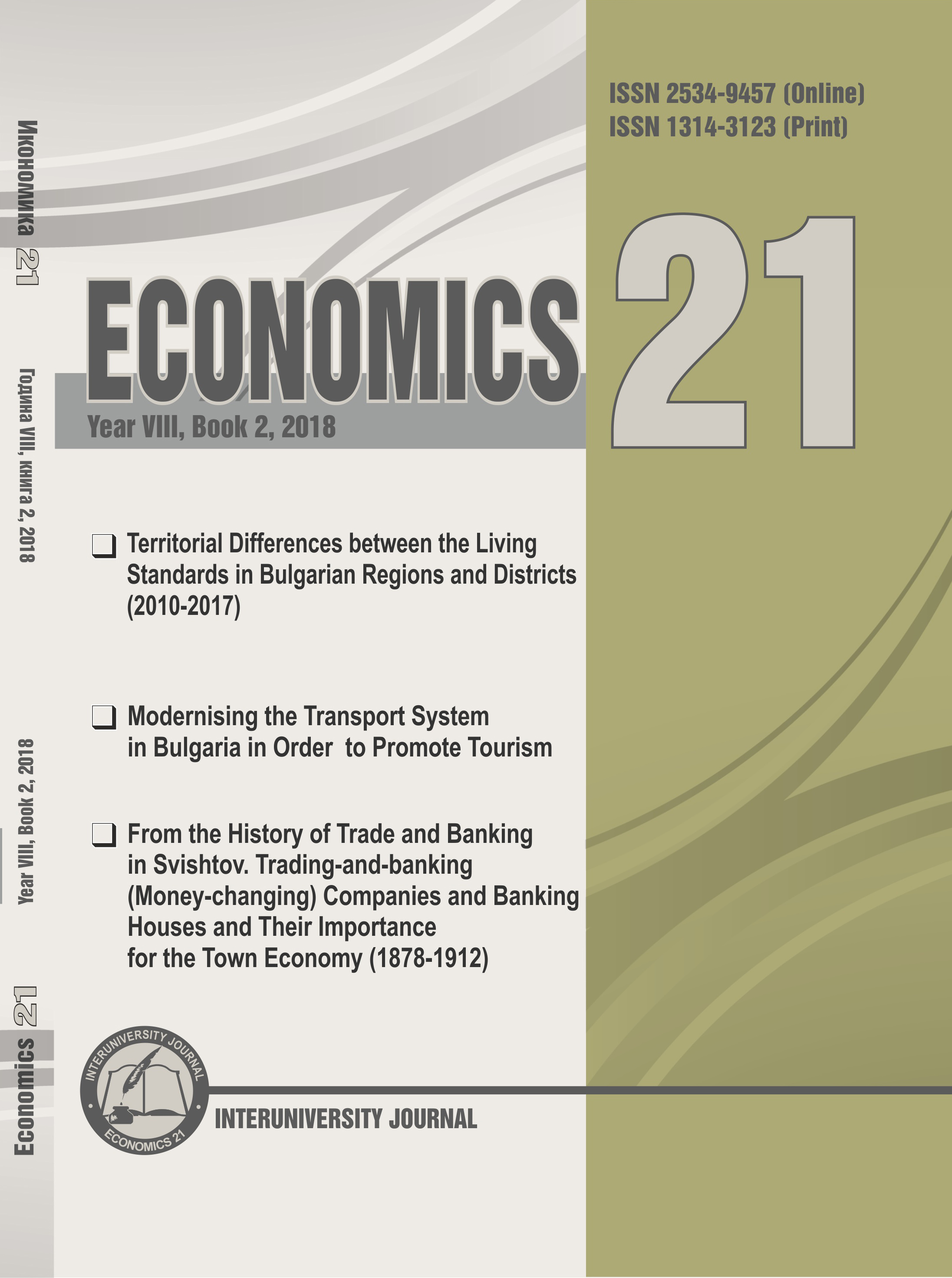 Summary/Abstract: Based on archival sources not used so far, periodicals and other sources of information, the study reviews the economic life of Svishtov in the period 1878-1912, with an emphasis on the development of trade. Against this background, it examines the issue of re-directing trading capital to banking. The focus of the study is the trading-and-banking (money-changing) companies and banking houses (8 partnerships and 9 sole proprietorships). The study answers a wide range of questions concerning their emergence, institutional characteristics, the nature of the capital mobilized in them; the banking operations and services they offered, with a focus on credit and the circumstances that allowed banking houses at certain periods to make a greater contribution to lending money to local trade and production; the psychological profile of the Svishtov merchant; the reasons why the joint-stock principle did not establish itself firmly and permanently in the economic life of the town. It also reveals the leading role of the Bulgarian National Bank in lending money to local trade and to the two savings joint-stock companies that existed in the 1890s and shows the importance of the banking houses for the development of the town’s economy in three directions – they were subjects in the process of initial capital accumulation; they provided short-term credit and increased the common funds for performing payment operations; they brought stability to the functioning of the banking and lending system especially in times of changes in the central bank’s policy. They also played the role of a ‘financial buffer’ that ensured the survival of companies in times of temporary hardships. The conclusion reached is that being away from joint-stock entrepreneurship, especially in banking, and the inability of local economic forces to create a jointstock bank, was one of the main reasons for the economic backwardness of the town, beginning at the end of the nineteenth century.