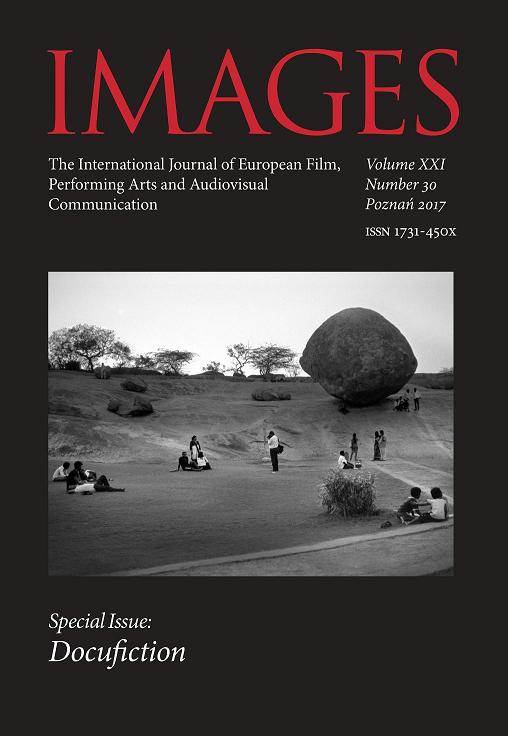 Kino obecności - analiza relacji między dokumentem a performance'em na wybranych przykładach
The Cinema of Presence: an analysis of the relationship between documentary film and performance based on selected examples

Summary/Abstract: In my article, I examine the relationship between the documentary and performance. I focus special attention on Maciej Sobieszczański and Łukasz Ronduda’s film The Performer, which blurs the boundaries between film genres. Oskar Dawicki is a performer, and the protagonist of both a creative documentary and a feature film – this balancing on the borders of film genres and art is the focus of my reflections. The film’s authors took inspiration from the creative documentaries of Wojciech Wiszniewski and the plots of Grzegorz Królikiewicz, in which characters play themselves – in both cases, creative elements reveal the truth about each character. The most important aspect to me is the presence of the performer, which determines the form of the film and its reception. In my article I follow several themes which are key for understanding The Performer, among them the motif of disappearance and the relationship between the master and the disciple. I also deal with the problem of documenting performances – using the example of The Performer and the recording of Marina Abramović’s activities (Seven Easy Pieces by Marina Abramović, 2007). I also refer to the documentary film on Marina Abramović, The Artist Is Present, in which the performances recorded from 2010 go beyond the documentary formula.