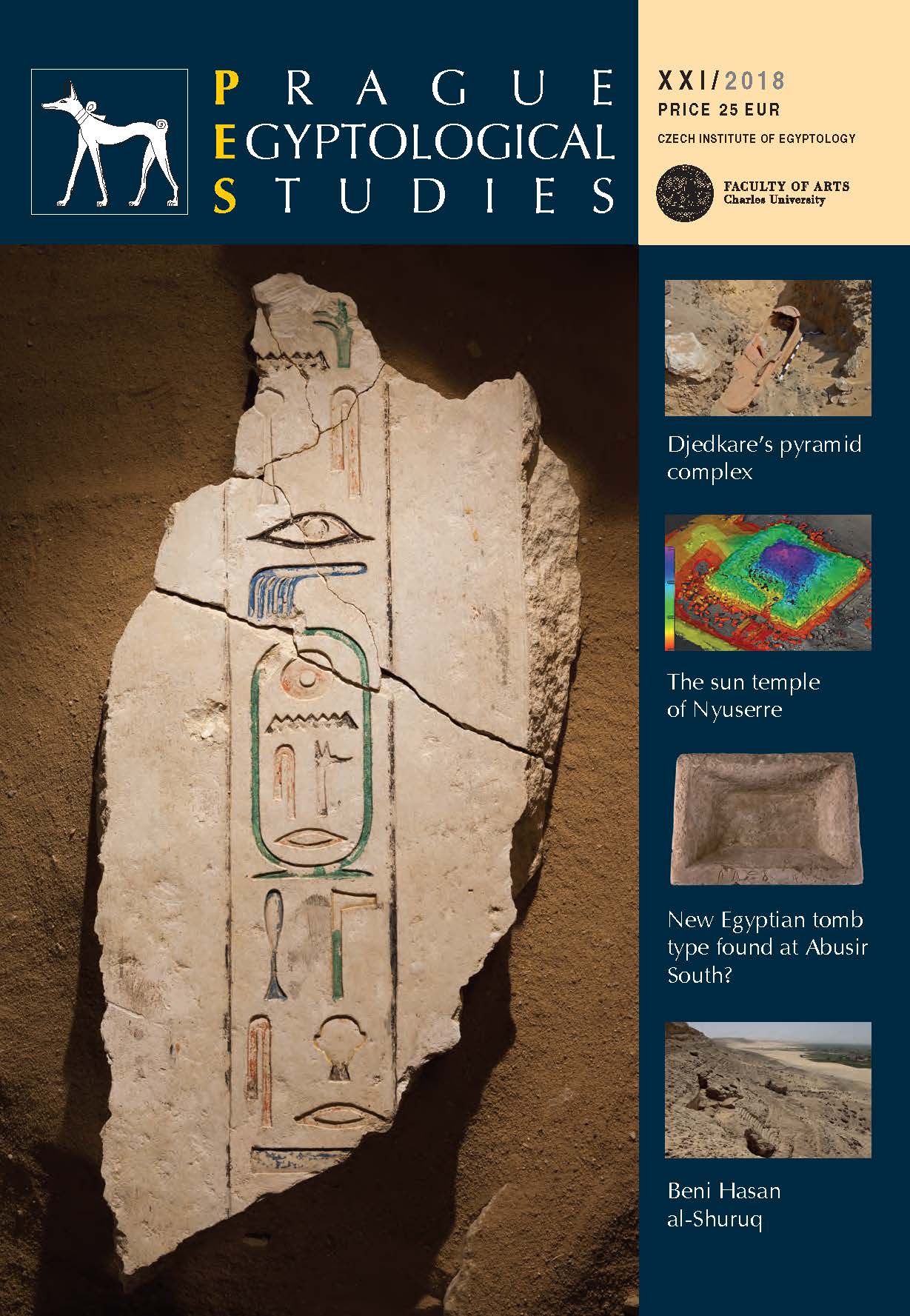 Summary/Abstract: In the autumn season of 2017, four mud brick structures designated as AS 103 were excavated in the area of the south-eastern part of the New Kingdom temple (AS 70–73). It is a complex of four corridor chapels/tombs (in an area of 15.0 × 12.7 m), with single or composed niches in the western inner walls. One of the niches in Corridor Chapel 1 was cased with red-painted wooden planks. Shafts were detected in front of the niches, a fairly uncommon phenomenon in Egyptian tomb architecture. The term “hollow tomb with a shaft below a niche” is being proposed for this new tomb (sub)type. A preliminary study of the pottery leads to the conclusion that the tombs were built from the east to the west, with Corridor Chapels 4, 3 and 2 built successively in the Third Dynasty and Corridor Chapel 1 in the Fifth Dynasty. Even though they were funeral structures, not many burials were excavated: the remains of a single human body have been found. The structures did not contain many finds, either. However, four white limestone offering basins were uncovered in situ. One of them was inscribed with the female name Nfr.t-jw=s. It is evident that the excavations have brought to light new insights into burial practices of non-elite people of the Old Kingdom period. In the context of Abusir South, AS 103 represents the first thoroughly excavated complex of such a type of tombs. Based on preliminary probing, similar structures are very likely located nearby, continuing in all directions.