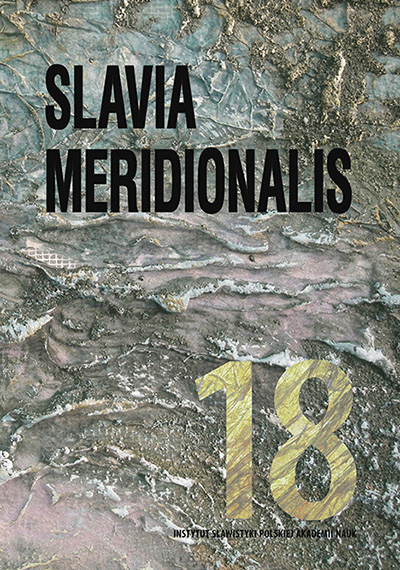 Summary/Abstract: This essay promotes the thesis about mythogenesis as a form of cosmogenesis. It also addresses the sacral function of language in literature and in the Bible. It follows an approach according to which Biblical myths are constantly re-created (Lk. 11; Jn. 9) and their archetypal schemata – actualized. Specifically, the paper demonstrates that through the actualization of the mythical narratives from the Bible, the universal archetype of the Miracle (mystery, secrecy) is essentially actualized. This interpretation is made on the basis of two illuminative fragments from the novel The Time of Miracles (1965) by the contemporary Serbian writer Borislav Pekić (1930–1992). Borislav Pekić reads the coded language of the mytho-biblical mysterious vision of reality with meticulous, historical, social, political, and psychological attention, and yet, instead of submitting it to a radical parody of hyper-realistic qualities, he demythologizes them only to re-mythologize the most sensitive sacral places in the mythical-biblical matrix: the miracles of Jesus. Pekić creates a mythopoetic chronotope of a “time of miracles and deaths”. In contrast to the usual categories – mythical time, historical time, time of dreams, he introduces the category of “time of miracles” or, in other words, “miraculous time”. “Time” itself, understood as a replica of the Being, initiates the question of miracle creation as a radical type of mytho genesis. Connecting Christian miracles with death, Pekić actualizes the archetypical vision of the resurrection. He knows that the modern world, whose humanism is put at stake, needs a spiritual renaissance (resurrection). Only upon the foundations of the renewed spirituality can a more humane civilization be established. Pekić’s novel, sensitive to the antinomies of reality and of the human psyche, reaffirms the principle of the fictional, regardless of whether it has been based on biblical narratives. Contrary to the stereotypical Christian perspective of the miracle, Pekić creates an individual performance of the miracle, both sceptical and emphatic, both biblical and imaginary. Pekić demystifies the Christian story through the prism of pre-Christian consciousness, subtly pointing to the need of renewal of free, non-canonical thought. This context implies the affirmation of the vitality of the multifocal and carnivalized pagan matrix, without rejecting the importance of the Christian one. As a result, the novel The Time of Miracles is experienced as a “perlocutionary act of speech” in which the latent, sacral function of language is activated, its power to transform the worldview, and indirectly, the world itself.