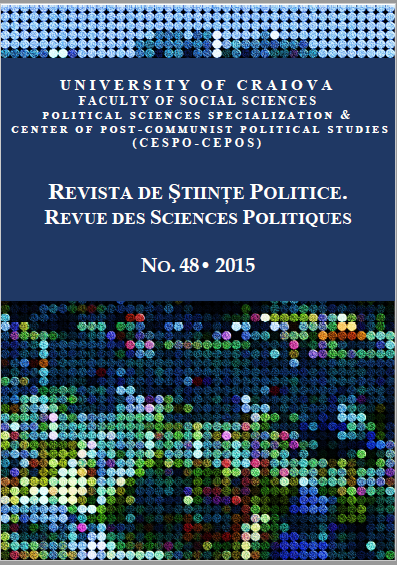 Summary/Abstract: Post-communism is a matter of purposeful regime transition and aftermath in historical context, factuality review and overview. Studying post-communism recency implies ongoing (re)interpretation inasmuch as it references communist regime practices and their legacy as well as the definition of political change, institutional discontinuation and latent cultural and ideological effects. The present paper outlines the role collective memory plays alongside paths of dependency as well as in breaking away fromthem, in redesigned projects for collective identity; the stake of restored order while it is also being reshaped is considered through the comparative and coterminous institutionalisation of two vying forces: memory and oblivion or intentional forgetting. The case made herein is that collective memory can be institutionalized and „governed” outside of uncertainty into normative sensibility and logic of change. Responsible policies can be devised in such a way that truth and memory, although in an arena of narrative and discursive contestation and competition, lead in ethical principles, positions and stances and follow through into justice. The need for balanced approaches in ensuring a coherent and legitimate continuum between past, present and future, by means of collective memory, is emphasized: previous regime understanding, past reconstruction in present interpretations, defining future change and assigning meaning to it in relation to the past, in such a way that the memory of change takes precedence over the memory of uncertainty.