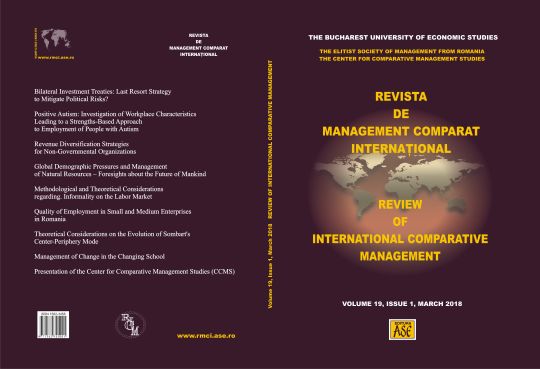 Summary/Abstract: This historical essay looks at how the center-periphery model has developed over the twentieth century. The analysis begins from Werner Sombart’s industrial-agrarian cleavage and carries on to identify how the model has been altered during the years. Apart from Sombart’s incipient phase, the paper identifies three other distinct periods that have contributed to the evolution of the center-periphery dichotomy: the postbelic recovery of nations up to the mid-1970’s, a second period situated between 1975 and the fall of the Iron Courtain (strongly influenced by the works of Shils) and, last but not least, the post-1990 ‘polycentric development’ era. By analyzing these distinct periods, the research comes to the conclusion that center-periphery relationships have known different characteristics, from a periphery heavily reliant on knowledge and technology to be transferred from the center, to a more autonomous periphery closer to our days, aspiring to converge with the center by using more of its own forces.