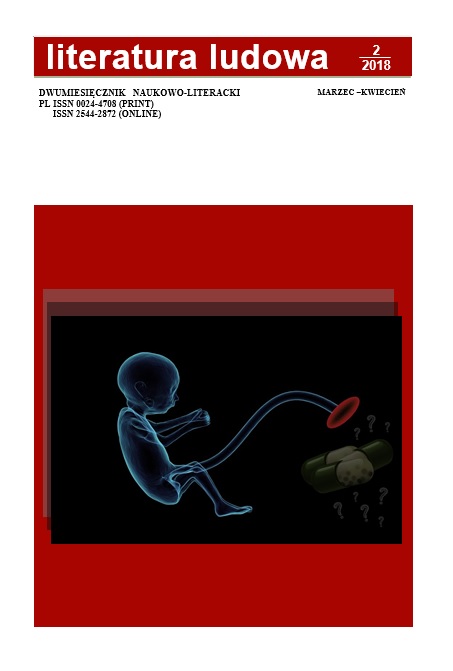 Summary/Abstract: The main goal of the article is to shed some light on the social phenomenon known as “Miotełki” (“The Little Brooms”), which gained popularity in the 20’s and 30’s of the 19th-century Warsaw. ”Miotełki” was a term used to address songs originating from Chłop Milionowy (The Peasant as a Millionaire), an extraordinarily popular contemporary melodrama. The first performer of these songs was Jan Nowakowski, a well-liked actor of the National Theatre in Warsaw. The article shows the rising popularity of ”Miotełki” and concentrates on their role as a sociocultural phenomenon. The songs managed to transcend social class barriers – from mentions in magazines and well-educated conversations to serving as simple people’s catchy tunes. The fame of “Miotełki”’s lasted until the November Insurrection, during which they evolved from representing the everyday life slightly ironically and in an entertaining way to serving as a tool of patriotic propaganda. That very fact is considered to be what we would call today an example of fan culture. The article also focuses on the themes that appeared in in the songs, such as a deep respect for family or the affirmation of social divisions, all of which contributed to their success as being important to the inhabitants of Warsaw.