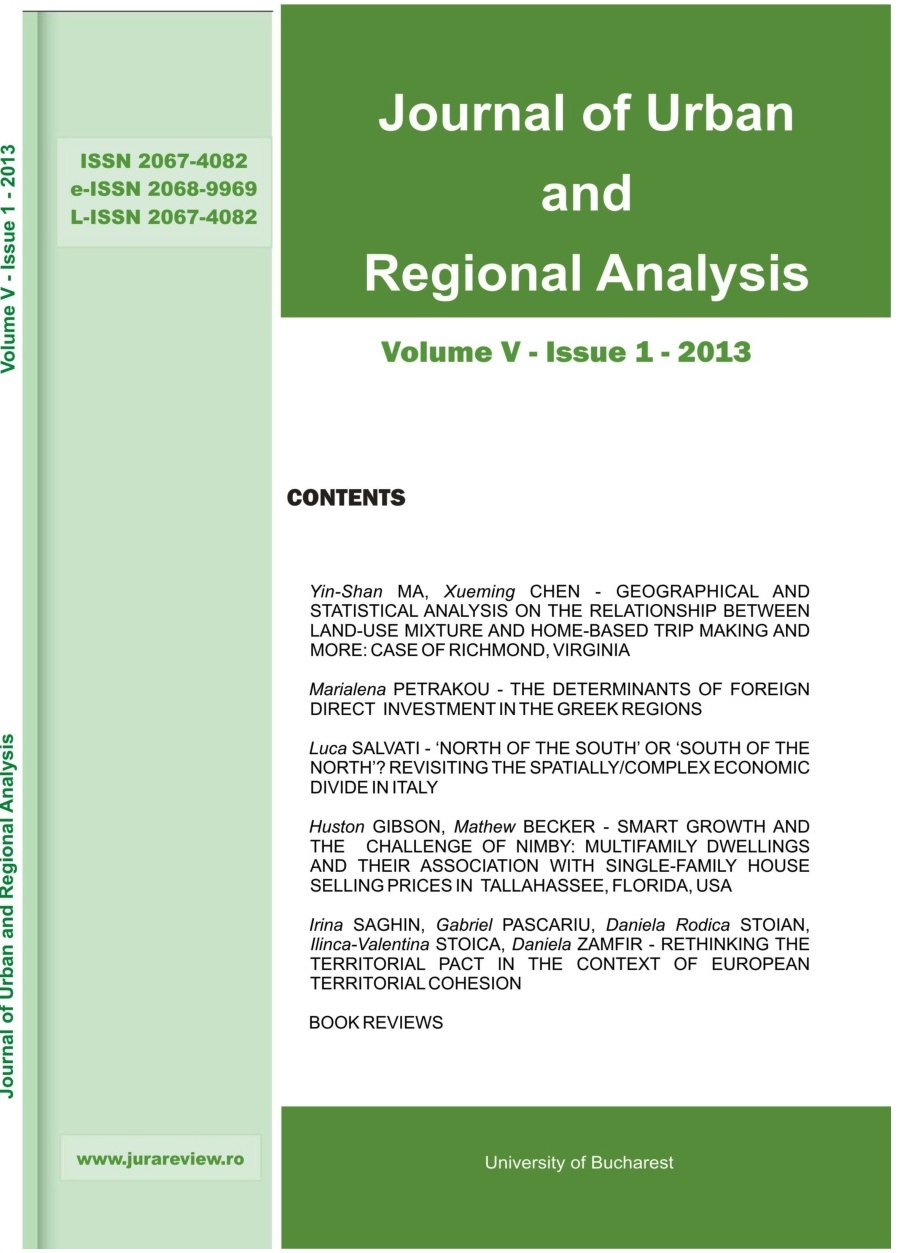 Summary/Abstract: The present study evaluates the economic dynamics of more than 600 local districts in two contrasting periods (mid-1990s and mid-2000s) of the recent development path of Italy in the light of territorial disparities between northern and southern regions. In order to produce a multidimensional concept of ‘economic development’ 16 variables (including share of agriculture and industry on total product, labour productivity by sector, per-capita and per-worker value added) have been considered together by using exploratory multidimensional statistics. This approach has been preferred to more traditional procedures centred on single-variable analyses (e.g. GDP level and its changes over time) or convergence analysis since it allowed us to debate on the increasingly complex geography of the economic development observed in Italy and the 'newly emerging' socioeconomic disparities among regions. Results indicate that the traditional north-south gap has not been significantly reduced along the last ten years. Coastal-inland and urban-rural gradients revealed as crucial especially in southern Italy, indicating the late transition from agriculture and state-driven industry towards services producing low value added. The persistence of the north-south divide allowed us to identify ‘changing’ and ‘structurally stable’ variables as a possible target for integrated developmental policies.