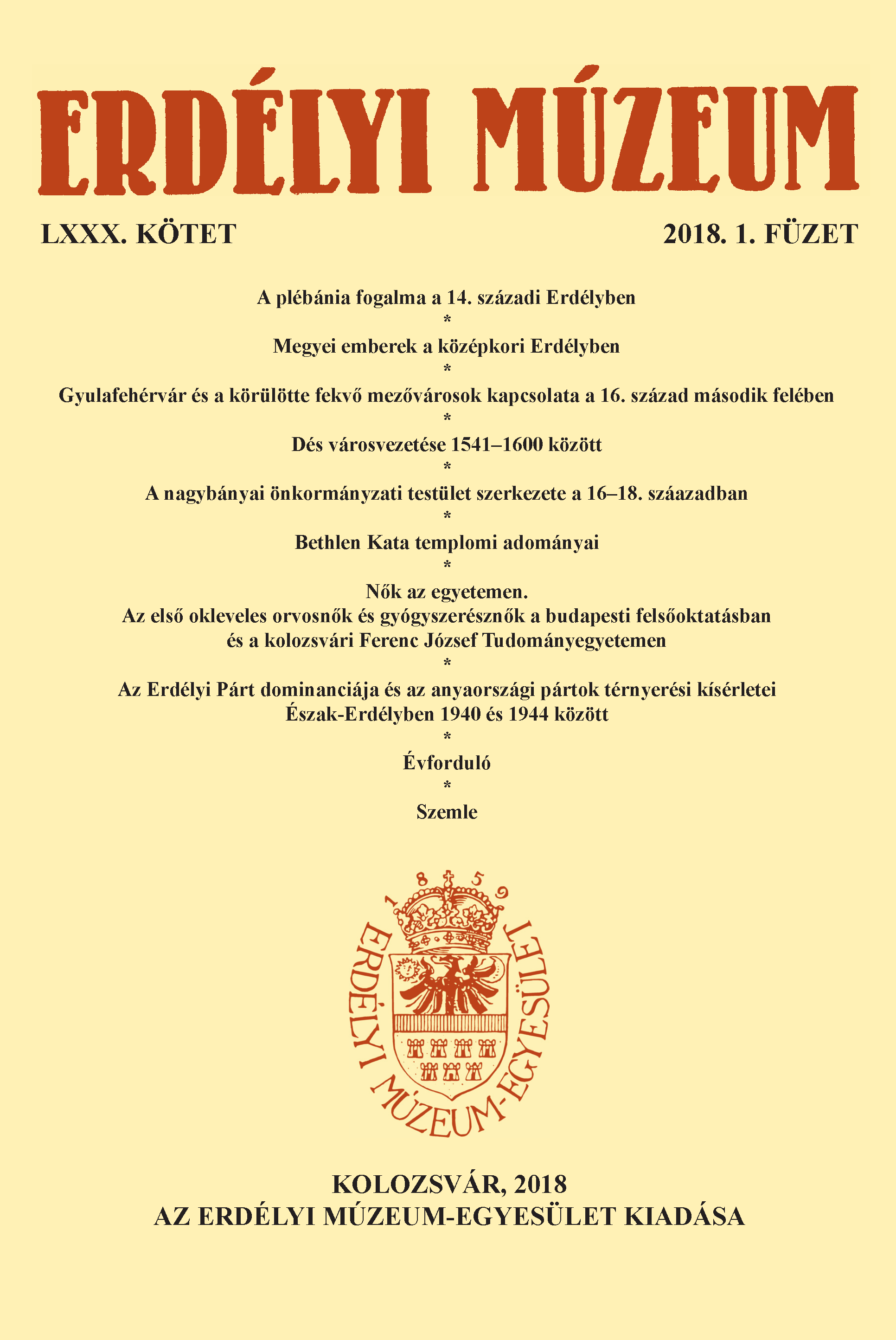 Summary/Abstract: According to the literature, the term plebanus referred in the 13–14th century Hungarian Kingdom only to those Catholic priests who were at the head of parishes with a special status, while their unprivileged colleagues were named by other notions (rector ecclesie, sacerdos, presbiter). This local terminology differed from that found in Western Europe, where parish priests were uniformly called rectores ecclesie, while the unofficial term plebanus was used to denote other functions in the church hierarchy (in Italy a kind of dean, in German territories the vicar of a parish priest). This study proposes to investigate this issue in the case of 14th century Transylvania. According to a comprehensive data collection, the notion plebanus was used (inconsistently) on the territory of the noble counties only in the case of some central settlements (Mintiu, Satu Mare, Tăşnad, Dej, Sic, Cluj, Gilău, Florești, Turda, Abrud, Alba Iulia, Deva, etc.), while in highly privileged Terra Saxonum (Königsboden) practically for all parish priests. The territorial distribution supports therefore the hypothesis that plebani were different from the simple parish priests. However, this group of plebaniae was a non-homogeneous one, as its elements were characterized by a combination of privileges of different degrees. Some of them were removed from the jurisdiction of the diocesan bishop, being directly subordinated to the archbishop of Esztergom (Mintiu, the Deanery of Sibiu and Brasov), others were removed only from archdiaconal jurisdiction (Satu Mare, Cluj), or even less. The priests from the Terra Saxonum and from the Reghin area were entitled to the whole tithe (libera decima), while the other plebani received only the quarta. The communal right to choose the priest wasn’t general either. The higher the degree of these three kinds of privileges, the more consistent the denomination plebanus was. At the end of the 14th and the beginning of the 15th centurythe meaning of the term plebania gradually changed; it began to be applied to all Catholic parishes. This phenomenon spread rapidly (in several decades) from the western parts to the eastern periphery of the diocese.