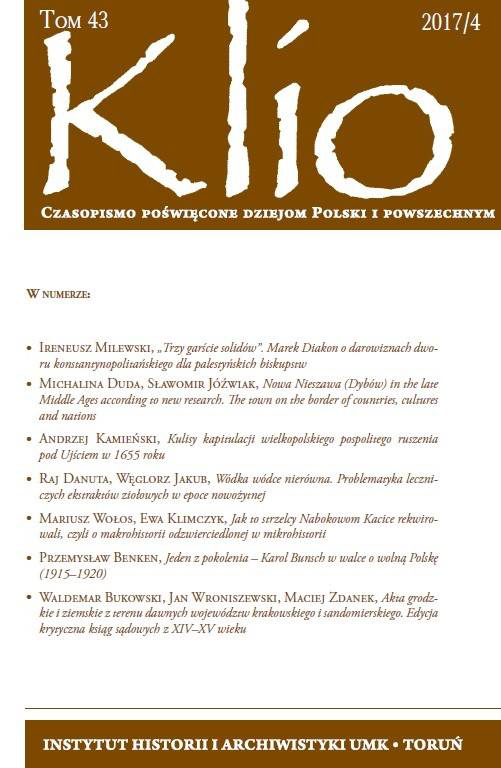 Summary/Abstract: Recent years saw many discussions on edition of historical sources in era of modern IT technologies that provide possibilities for digitalization of the source and publishing it in Internet. There are several opinions that traditional, critical paper editions should be replaced with digital editions of a specific source or groups of them. Such “editions” would be prepared in special manner and indexed. Authors argue, that the critical and digital editions are two different and both needed ways of publishing historical sources. They state, however, that in case of the mediaeval sources a digital edition of any type would not be able to replace a traditional, critical edition, with no difference to its form of presentation (paper or digital). Authors present a long-standing project of preparing critical, traditional edition of the earliest mediaeval castle and land court records from the area of former Cracow and Sandomierz Voivodships. The collection of these judiciary books includes c. 100 archival units. A part of them from the years 1374–1400 was published in the 19th century, while the 20th–21st centuries saw printed editions of a large selection from the content of the 15th century records. In 2012 the authors published one book from the years 1394–1397. Edition of several other books from the years 1394–1430 is being prepared at the moment as a part of the project financed by Polish Ministry of Science, the National Programme for the Development of Humanities.