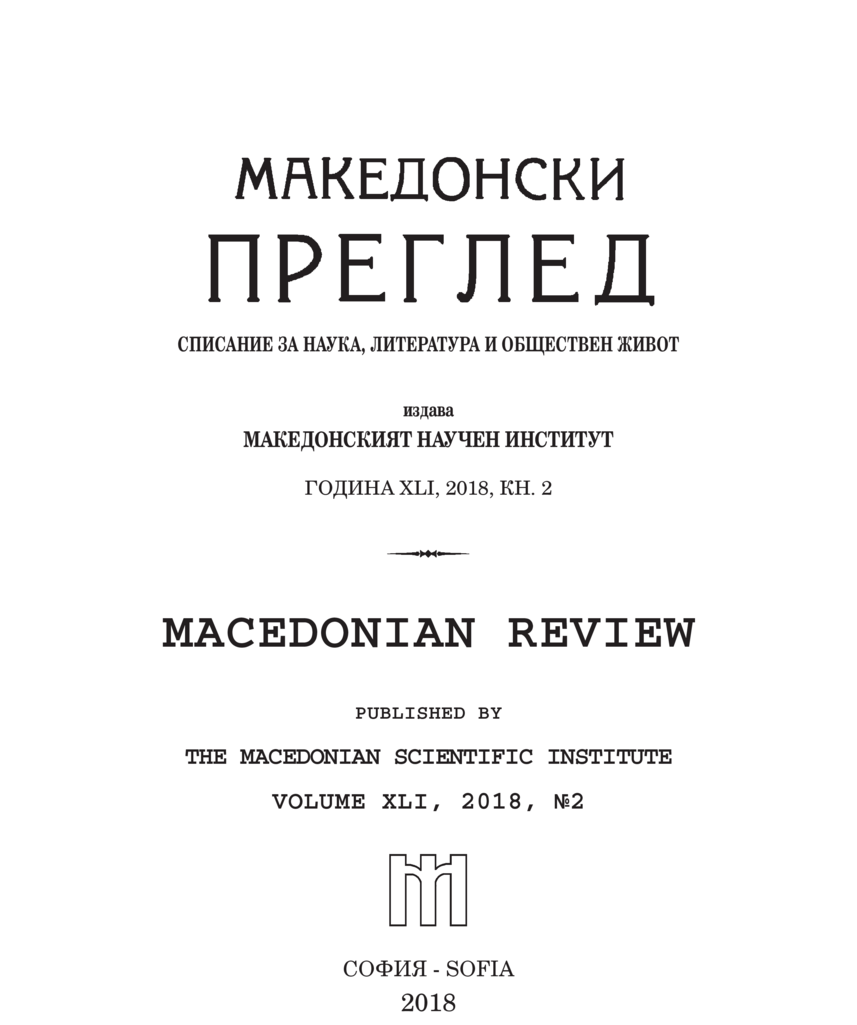 Summary/Abstract: The paper outlines the events of the last year of the longest lasting Bulgaro-Byzantine war (967 – 1018). At the time, part of the Bulgarian aristocracy defended the independence of the Bulgarian Tsardom until the very end. Many leaders of the Bulgarian people died in battle with the Romaioi. Such was the fate of the Bulgarian Tsar John-Vladislav, the commanders Ivats and Sermon, etc. Others preferred to save themselves and retain their privileges. Among them were the Bulgarian Tsaritsa Maria, the ruler of the Inner region Bogdan, the Patriarch John, and the Governors of Pernik – Krakra, of Strumitsa – Dragomazh, of Skopje – Nikolitsa, etc. Left without its last ruler who had until then personified the independence of the Tsardom, some members of the Bulgarian aristocracy accepted their fate to be driven out of Bulgaria, but to keep their economic privileges. In their place, Romaioi from Asia Minor, Armenia and other provinces of the Empire were appointed administrative and military heads in the conquered Bulgarian lands.