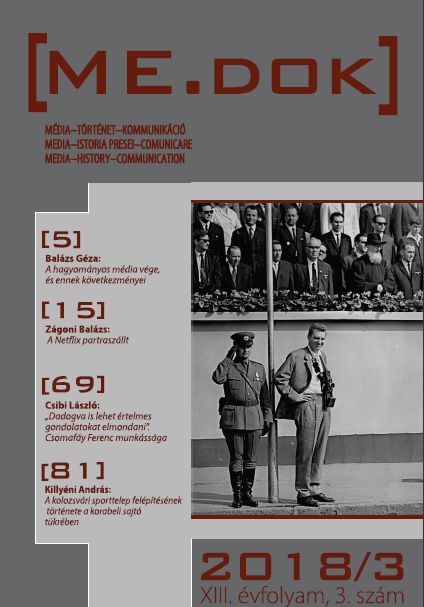 Summary/Abstract: The present article examines Netflix’s strategy for new content from the beginnig of the production of original scripted series for its growing European audience. After a few less succesful House of Cards-like political dramas, like the French Marseille or the Italian La Suburra, Netflix changed strategy and co-opted already succesful series from local European televisions for worldwide distribution on its platform. Moreover, it purchased the rights for already terminated British and Spanish shows like Lovesick, Black Mirror or La casa del papel, with some of these, achieving significant festival and audience successes.These coproductions made Netflix’s library more diversified and offered previously unimaginable opportunities for European televisions, to make available their premium content virtually everywhere around the globe.But the question remains, how long this win-win situation can stay? And how this is going to be infulenced by Netflix’s competition with HBO, a new comptetitor on the SVOD market, but with a lot of experience in home-growing content in Europe