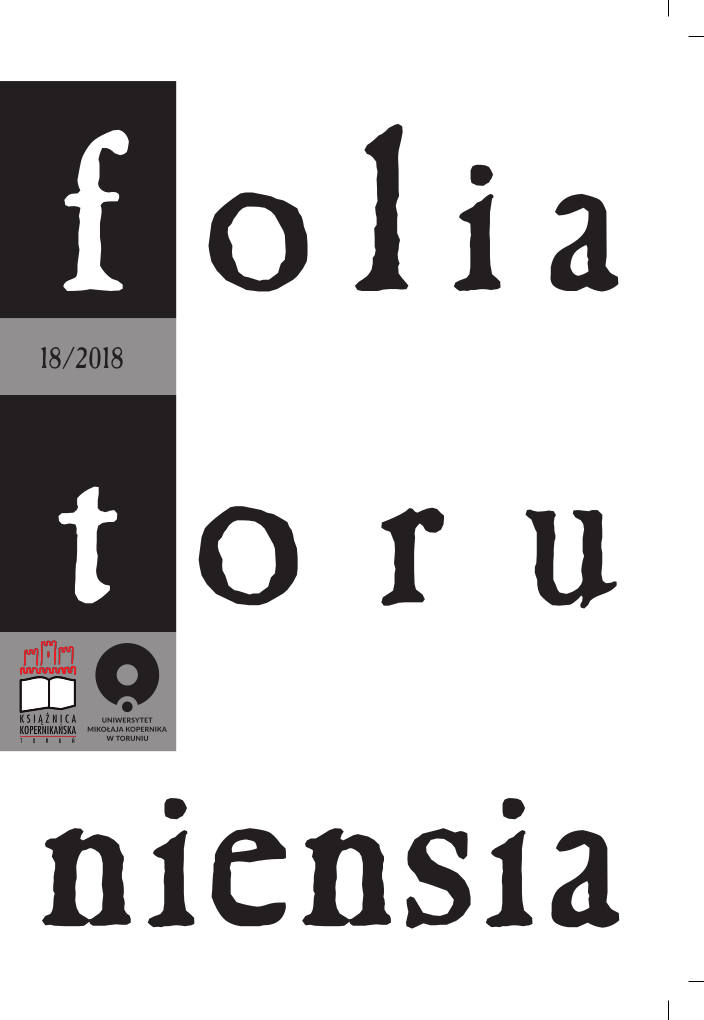 Summary/Abstract: Aim: The purpose of the article is to determine the authorship of the manuscript Kriegsbericht und Memorial, which was put up for auction in 2014 by Sotheby’s and the presentation of the manuscript. Research method: A formal analysis of the manuscript supplemented by a review of the literature of the subject matter. Results/Conclusions: As a result of the analysis, it is highly probable that the author of the Kriegsbericht und Memorial is Albrecht Hohenzollern and that it was the initial basis for the creation of the work Kriegsordnung donated to Sigismund August in 1555. This work after the death of the first Prussian duke found itself in the personal library of the wife of Albrecht Hohenzollern – Maria Eleonora Jülich-Kleve-Berg. This book is also recorded in the library registers of the Prussian-Brandenburg rulers from Konigsberg, which were made in the years 1700 and 1720. Probably, the book was owned by Wilhelm Christian Karl, the duke of Solms-Braunfels. The manuscript was known to historians in the first half of the 19th century. In 1845, Ernst Oswald Mentzel noted that the manuscript was in the possession of Hermann von Gansauge.