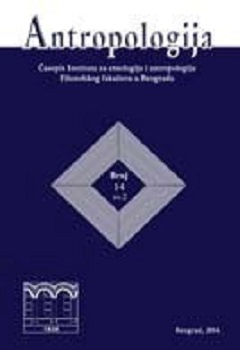 Summary/Abstract: In this text we start from a general question – why is it that certain research topics and problems, like the zadruga, arouse scholarly interest in particular ways – in order to confront a more narowlly focused one – what is it, exactly, that a given social scientist communicates in her or his particular writings about the institution of the zadruga, apart from what seems to be obvious in the disciplinary sense? Speaking in Bourdieu’s terms, we address the question of ce que parler veut dire in the academic contexts of family history and family typology (Bourdieu 1982). Here, though, the task is not so much the tracing of the relationship between the socially sanctionned positions of those who utter public statements and the performativity of their utterances in the social field. Rather, the accent is on the polivalence of academic speech on the zadruga, on its possibility to speak in two, three, or more “registers”, on the ideological and political sous-entendus of such utterances, on the multiplicity of possible readings (and misreadings) of such pronouncements, and on the eventual political outcomes of such scholarly hermeneutical cycles (Shklar 2004). On the way, we intend to attack one of the central questions of the project – what exactly constitutes the conceptual, ideological and political legacies of scholarly reflections on the institution that used to be termed as the zadruga? In doing so, we are going to leave aside the problems that generally attract more scholarly attention – the many ways in which the zadruga, seen as one of the key local social institutions, was instrumentalised in the spheres of political communication and action in the region of the Balkans (Naumović 2009), topics on which the reader will find more in some of the fine texts resulting from the project (see, for example, Stojanović 2017). We also put aside scholarly issues regarding family history, family typologies, as well as terminological problems per se. We are interested in probing the reasons out of which the great historian Maria Todorova believed that “any myth can be used as the ‘scientific’ argument for an ideology (Todorova 1989, 12),” and that the zadruga “is an ideal subject for the creation and perpetuation of a myth (Todorova 1989, 11).” In a nutshell, we will be addressing what would have been, some time ago, termed as the “poetics and politics” (Clifford and Marcus, eds., 1986; Naumović 2000) of scholarly reflection on the zadruga.