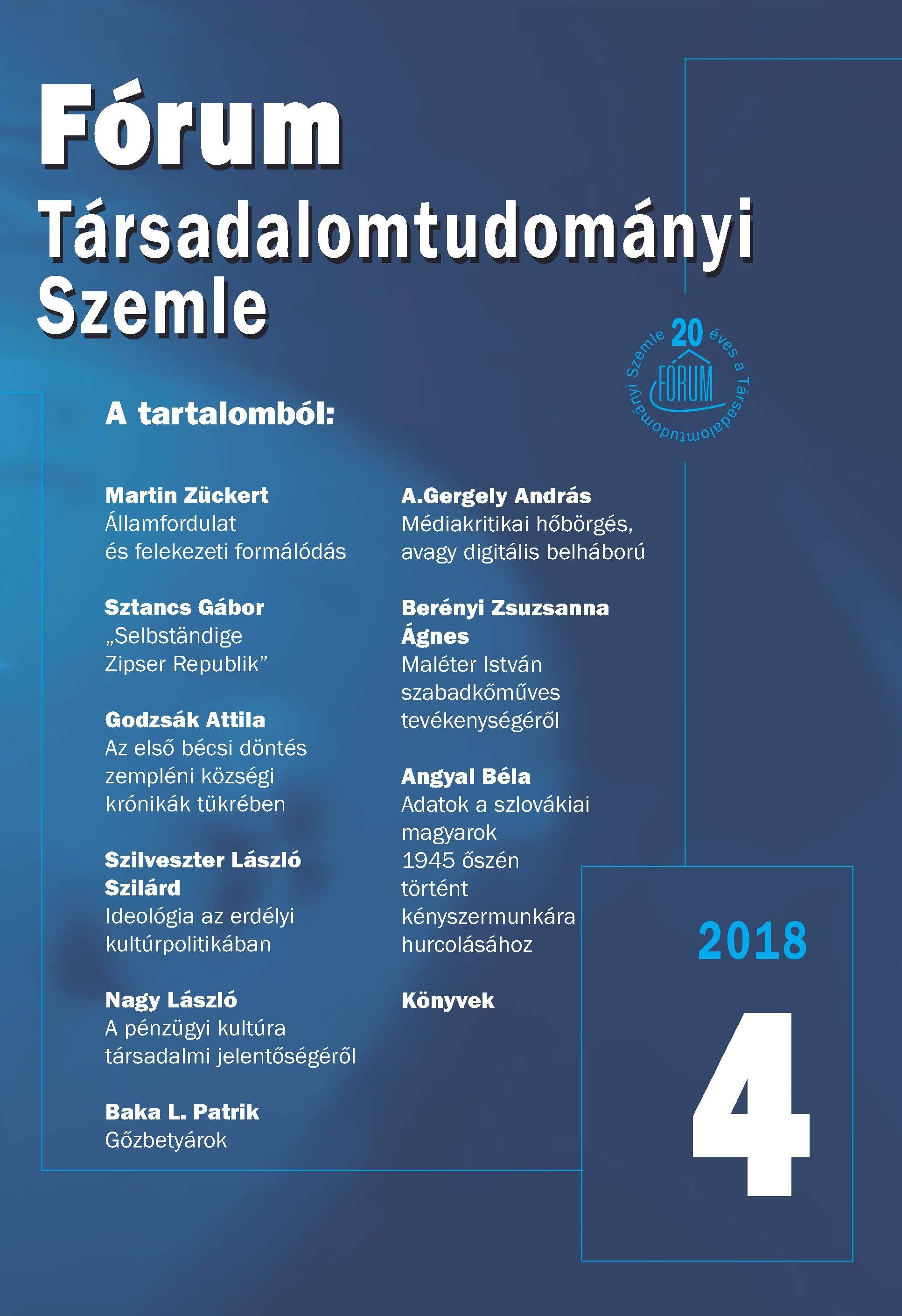 Summary/Abstract: The self-determination of the Germans in the Szepes (today Spiš) region in autumn 1918 was partly built upon the identity of local Germans and Hungarians (assimilated Germans and Jews). Independence had not been formulated as a possible solution for a very long time. The actions against Czechoslovak goals started in Késmárk (today Kežmarok), but the county, the cities with orderly councils, and the municipalities also joined them. The leadership of the county and the city too insisted on belonging to Hungary to the very last moment. In consequence of the defeat in war, the individual self-determinations accentuated contrapositions between the city and the countryside. The German, Hungarian or Slovak intellectuals living in the cities had developed severe hostility toward the rural Slovak population. For this reason, the German intelligentsia of Szepes endeavoured to win or enlighten the rural Slovaks with a serious propaganda. The town of Késmárk insisted on the Hungarian state until it could, but, sensing the change of conditions, the loss of hope, the closeness of the Polish and Czechoslovak troops, they tried to achieve better and more favourable conditions for the city´s population and the Zipsers rather by playing off the occupants against each other, and by negotiating with them. The Károlyi Government with Oszkár Jászi, and the leadership of the city of Késmárk considered the military occupation of some parts of the country by the new states for temporary and lasting only until the peace conference.