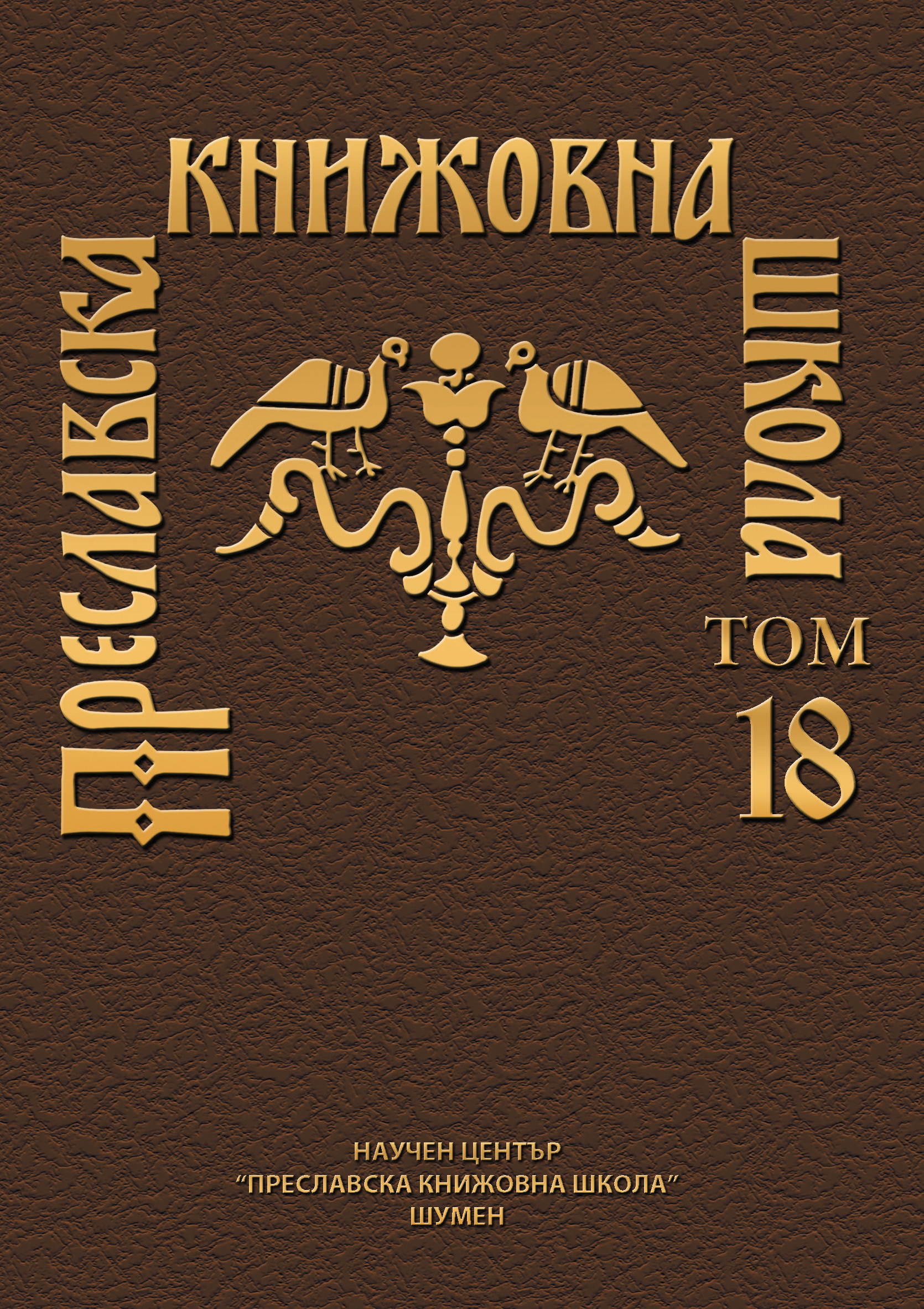 Summary/Abstract: This article refutes the thesis of depicting the prince Boris Vladimirovich of Russia in the renowned Manuscript of Didactic Gospels by Konstantin Preslavski (Sinodalen 262). The complete publication of the mural paintings from the medieval Bulgarian metropolitan Turnovo and Serbian monastery of Mileshevo allows tracing evident tendencies in the portraits of the rulers. The art specialist analysis of the miniature from the manuscript Sinodalen 262 and the attached codex of orations of Hippolytus of Rome from the Chudov monastery of Moscow (Chudov 12) demonstrates unambiguous similarities with the portraits of grand rulers from Byzantine and mostly the Balkan tradition, the latter being traced from the 12th to the 14th century (Tarnovo, Mileshevo). The rulers' crowns in the portraits are highly significant. Reviewing the icons and encolpions of the Russian Saints Boris and Gleb of the same time also leads to allusions to both miniatures. This analysis supports the thesis about the existence of literary centres within the Bulgarian territories under Byzantine rule between the 12th and the 14th century. This article holds the thesis of a late Bulgarian antigraph of the Old Rus’ transcript of the Didactic Gospels from the mid-12th century by an archaic protograph. It was needed and used on Russian territory during the service of Kliment Smolyatich (Metropolitan bishop of Kiev, 1147–1155) who was elected by Russian bishops without interference from Konstantinopol.