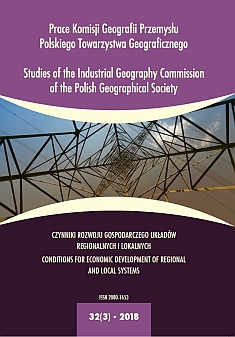 Summary/Abstract: The general consensus among policymakers and researchers is that in order to increase economic growth, it is necessary to diversify trade. The objective of this paper, therefore, is to analyse the dynamics of trade, specifically the export concentration of products between Turkey and Poland from 1995 to 2015. Despite a historically complicated relationship, these two countries have significantly strengthened economic ties and political cooperation. The last two decades in particular, have witnessed the manifestations of such close cooperation between these two countries. By measuring the export product concentration using the Herfindahl–Hirschman Index (HHI), we found higher export concentration from Turkey to Poland in the majority of products traded, in contrast to Poland’s exports to Turkey. The analysis carried out also indicates the imperative for the two countries to consolidate their existing partnership by removing trade barriers that may hinder stronger economic relation and cooperation. Furthermore, reforms are needed in both countries to closely align production structures necessary for greater and more sustained trade partnership.