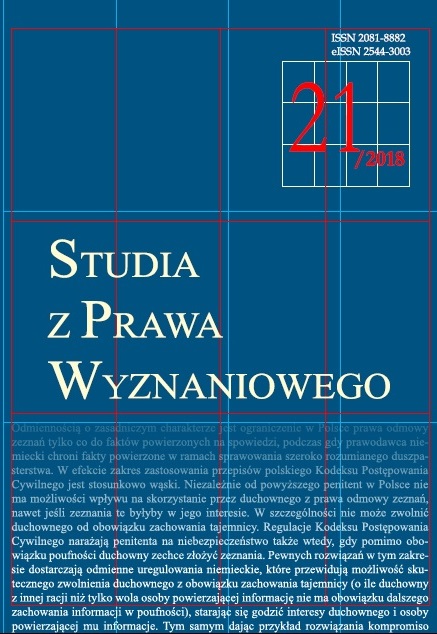 Summary/Abstract: The main goal of the present paper is to assess the 30 years of the functioning of the Italian system of financing the Catholic Church, also utilized at present by other religious organizations. On the basis of the available data, the Author reaches the conclusion that the solutions making up the system – despite some reservations – have contributed significantly not only to the creation of the appropriate conditions for the realization of religious freedom, but also – for example – to the democratization of the tax system. They have allowed the Church to undertake many important initiatives of social, protective or cultural character for the benefit of Italian society and the populations of the Third World. Without doubt, the experiences described can be regarded in terms of sound cooperation (sana cooperatio), which was recommended by the Second Vatican Council and to which both, the Italian Republic and the Holy See, commited themselves in the Agreement of 1984. However, the analysed system of financing requires permanent promotion, taking into consideration the image of the Church as a community whose members – equal in dignity – share the responsability for the common good.