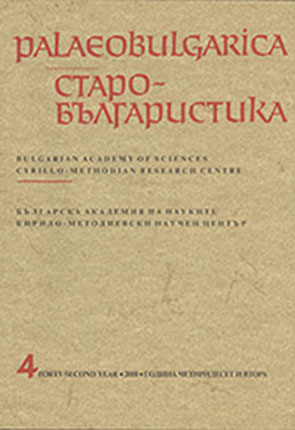 Summary/Abstract: The texts of the Knjažij Izbornik and the Izbornik of John the Sinner (of 1076) are transmitted in at least 12 witnesses, which contain 7 different versions of them. Mušinskaja 2015 has postulated filial relationships among them. A comprehensive analysis of chapter 9 (Collection of Many Fathers) tests this premise. It shows the versions to be independent not only in structure (by addition, rearrangement and selection), but also in the use of sources: they show no trace of dependence from one another, only filiation from the core (k) of the fullest version m; they are siblings, belonging to a single generation (non excepting version m, which has independently expanded the inventory). Their genesis must be sought in an ordered stack of records and attributed to a well-appointed library, where sources and complementary texts were retrievable; it must be dated before 971.